The greatest thing about 3D printers is how ideas in one’s head can rapidly be transformed into physical models. Not only does 3D printing reduce the cost of getting an idea into a form you can hold in your hands, but it reduces the time. And by reducing the time, it allows for more ideas to be brought to life. 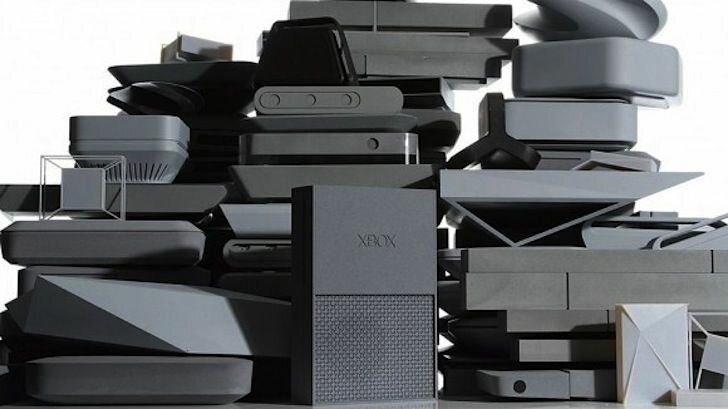 And a great example of this is how Microsoft used 3D printing to create lots of varied and unique, and even a bit unusual, mockups of what the next Xbox One controller’s form factor should be. In fact, they created more than 200 potential designs in their prototyping process, which they showed off at the Worldwide Partner Conference 2013 this week.

A team of 30 people sketched out all sorts of possibilities for the Xbox One and then sent them to their in-house model shop where the prototypes would be created. The designs were all over the place, as you can see in the photo above showing a stack of the models.

And the smallest of differences were important. As Xbox creative director Carls Ledbetter said, “We found that, when people put these [controller designs] in their hands, [they] could tell the difference between a 10th of a millimeter in size.”

Microsoft has been putting its 3D printers to good use for a while now, as we last year learned about in our story, Microsoft used 3D printers in a secret underground bunker to design Surface. Time to market is a huge competitive advantage, and 3D printers are a critical productivity tool in this regard.