Remember the wild success of the Pet Rock?  Ok, maybe, that was before your time.
But back in the hip days of the 1970’s an advertising executive named Gary Dahl in Los Gatos, CA, came up with the idea to sell Pet Rocks and a craze was born.  The Pet Rock, was just that, a rock, that didn’t do ANY of the things a pet did.  Which made it, of course, a great pet!  Millions were sold and the rest is history. 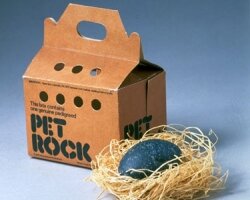 The Original Pet Rock with its Carrying Case

Fast forward to the 21st century and the brainchild of two wild and crazy “Double Dutch” designers, Ben Langeveld and Ingmar Larsen.  Working with Hyper Island and Silver + Partners NY creatives Mariana Oliveira, Alanna Watson and Van Gould, the 3D Printed noPhone was born to help us poor smartphone addicts.  According to the sparse noPhone website, the user can “fulfill all smartphone-holding needs without preventing the user to engage in real life interactions.” It appears there is a  “compulsory need in humans to continuously engage in physical contact with a piece of plastic” evidenced by the fact that the average smartphone user checks their device 150 times per day. 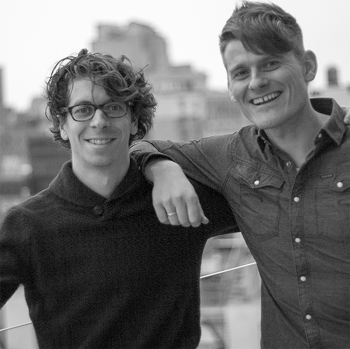 The noPhone website is hilarious.  Special features are listed that include being Battery free, requiring no upgrades, and best of all for those who sleep with their phones, it is shatterproof.  You can also take it in the shower as it is completely waterproof! Go to the website for the Testimonials alone that include how it helped one addict stop drunk-texting their ex-lover. 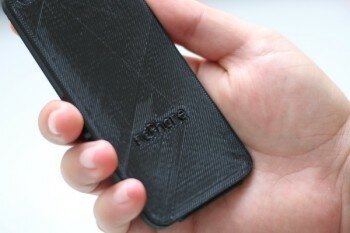 It doesn’t look like it’s on the market yet but we hear they are looking into manufacturing.  One idea would be to make the files available on Cubify or Thingiverse for DIY 3D Printing addicts to fabricate their own noPhone.  So while anyone could theoretically 3D Print a noPhone, these guys have the exact dimensions nailed.   Again according to the website, “The noPhone simulates the exact weight and dimensions of your most beloved gadget in order to alleviate any feelings of inadequacy generated by the absence of a real smartphone.”

Whether or not the noPhone can actually help smartphone addicts remains to be seen, but I do hope the noPhone will follow in the footsteps of the Pet Rock and become a worldwide craze!