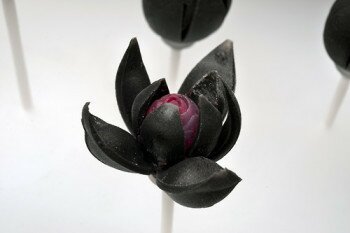 With spring just around the corner, 3D printed flowers couldn’t come at a better time.

The flowers were part of a project known as the “Seamless Blossom.” According to Richard Clarkson, the goal of this project is to explore the design and material possibilities of 3D printing by creating inflatable 3D prints.

The 3D printed flowers feature a blending of two materials, with varying physical properties. This project is believed to be the world’s first inflatable 3D print, making the project even more fascinating.

Until now, most 3D printed objects have been made from hard rigid plastics, or other solid materials, but Clarkson’s invention allows soft, rubber-like, inflatable material to be 3D printed.

“Recent advances in 3D printing now allow the simultaneous deposition of different build materials in a single print,” Clarkson said. “In a similar way to nature, materials can be distributed seamlessly within objects for structural and functional advantage.”

The 3D printed flowers are designed with a hollow chamber made of flexible rubber that inflates as air is pushed through. This forces the petals outward, giving the appearance of a blooming flower. The flowers come in different colors: red, yellow blue, and of course, black.

While it’s not likely that the flowers will be printed daily, or sold in mass quantities, it’s the idea that is behind these flowers that is impressive, and the possibility that this project will help to pave the way for other new and innovative products.