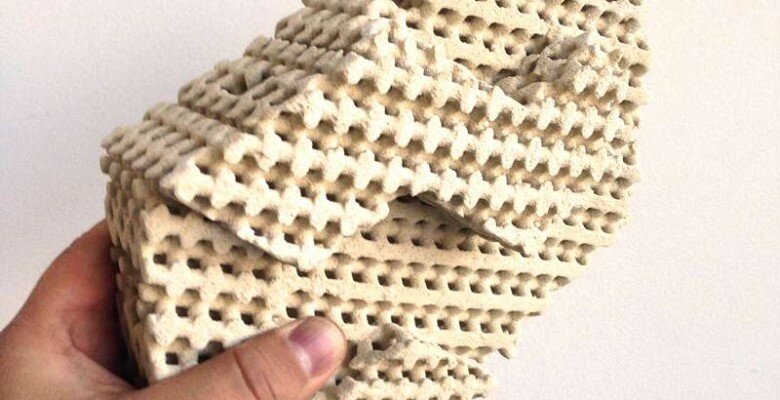 A group of designers from Emerging Objects has designed a brick that can soak up water and function to cool the home.

Each sponge-like brick can suck up water and retain water. When air flows through the brick, it absorbs the evaporated water, getting cooler in the process.

“It’s an alternative to air conditioning or an electric swamp cooler,” Ronald Rael, one of the designers, told Gizmag back in February. “It is a much more natural, energy-saving tactic for passive cooling in arid environments.”

Right now, the designers are experimenting with ways to apply the water for the best cooling technique.

“The water can be applied to the bricks manually or via a pump,” Rael explained. “It could be sprayed on. The amount of cooling would depend on the size of the wall, the amount of water and the airflow (passive or active).”

Eventually, the group hopes their bricks can be used to cool large rooms or even be used in agricultural applications as a more green and energy efficient means to cool down a space without the need for traditional air conditioning.