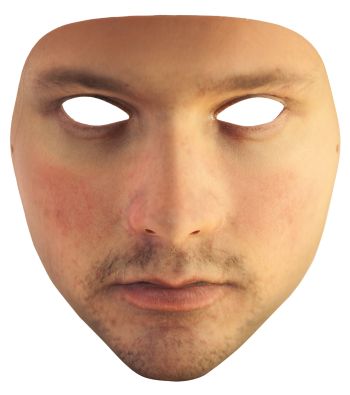 Surveillance cameras are everywhere. Anywhere you go there are cameras keeping an eye out on things and watching your every move. But Chicago artist Leo Selvaggio believes that everyone has a right to privacy, and has launched an Indiegogo campaign to fund a service called “URME Surveillance,” to give people privacy, even with surveillance cameras everywhere.

Instead of drawing attention to yourself by using a mask that will cause you to stand out, Leo Selvaggio is giving others the use of his identity. By using a 3D printed prosthetic mask that is modeled around his face, Selvaggio’s face will be seen on camera instead of yours, giving a unique coverage to your identity if you so wish.

Selvaggio also adds that the mask offers a different way to cover your face without drawing attention to yourself by wearing a mask such as a ski mask, which both draws attention and looks suspicious. With facial recognition technology now being widely used, instead of trying to hide your face from the cameras, give the cameras a different face.

The mask, made by thatsmyface.com, uses the latest technology. It combines a 3D scan of Selvaggio’s face, as well as photo realistic rendering of his features. The result is a 3D printed resin mask that is a realistic representation of Selvaggio, including facial hair, skin tone, and texture. While not entirely realistic, Selvaggio says that the prosthetic is passable in public. “Most people won’t look at you twice on the street, and it is pretty seamless to most security cameras.”

Of course, one could argue that a mask like this is more suited for criminal activities rather than everyday outings, but that is one point that remains to be seen. According to the URME Surveillance Indiegogo campaign website, URME Surveillance isn’t just about anti-surveillance devices. “At its core is an instigation towards public discourse and a platform for community development through our common concern over surveillance.”

For the security conscious out there, would you resort to using a 3D mask that makes you look like somebody else?