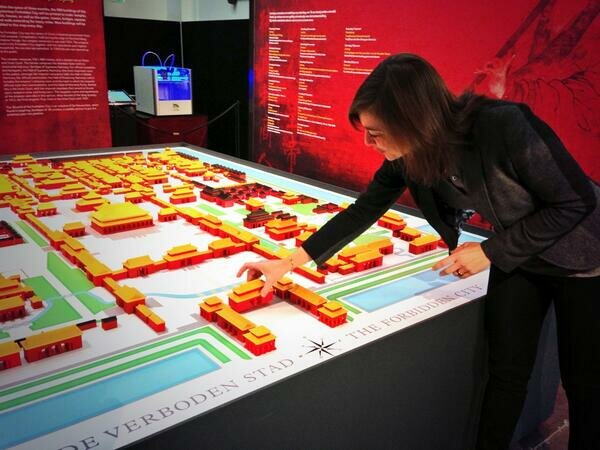 The latest news from Amsterdam is that the 3D printed project which started in October of 2013, and was scheduled to continue until February of this year- is now finished.

The project? A 3D printed version of the Forbidden City. The Forbidden City was printed using two Leapfrog 3D printers, which have been working day and night to bring this replica of the ancient city to life.

The original Forbidden City, in Beijing, China, was built between 1406 and 1420. The complex consisted of 980 buildings, and for almost 500 years served as the home for the country’s emperors. The complex covers 7,800,000 square feet. The 3D printed replica is printed on a 1:300 scale, so the buildings are smaller, much smaller. What makes it impressive though, is that each of the original 980 buildings were printed in 3D, including the gates, towers, bridges, and walls.

While it was being printed, visitors were welcomed to watch the process as the 3D printed version of the Forbidden City unfolded. The files used to print the 3D buildings were designed from scratch. The printing process took up to 4.5 hours to print each building.

The 3D printed version of the Chinese Forbidden City was a collaborative effort between Dutch museum De Nieuwe Kerk and the Chinese Nanjing Museum and is currently displayed in Amsterdam, where it will remain until next week.

Leapfrog’s aim was to guide and educate people on the benefits of 3D printing. The 3D printed architecture displays the possibilities and techniques that are available with 3D printing, and the potential that 3D printing has to offer virtually limitless possibilities to designers, artists, and architects alike.