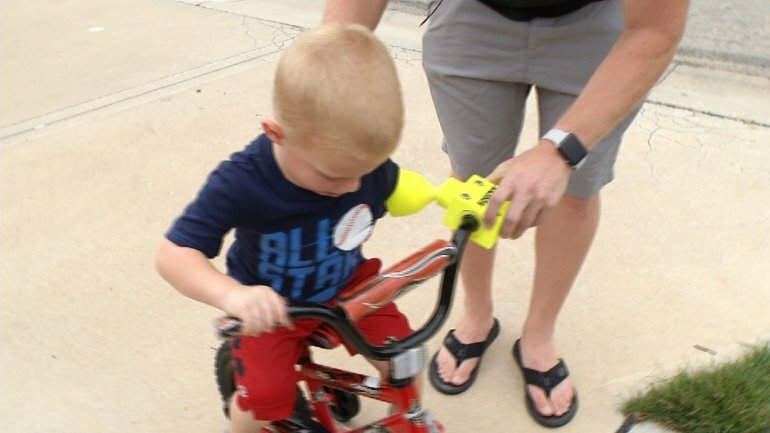 3D printing has done it again.

Hudson Borton, 3, is an ordinary boy from Shawnee, Kansas, except for one thing, he is missing a hand. Thanks to 3D printing, Borton was able to enjoy one of his favorite birthday gifts, a new bike. The technology was used to print him a new left hand and forearm.

“We put him on a couple of times,” said Nick Borton, his father. “We had him try it out and he just didn’t really understand and couldn’t figure out how to ride it.”

Enter the “Fab Lab” at Metropolitan Community College. Two instructors and student David Valdez used a 3-D printer to create a hand to make it easier for Borton.

“In between the two clamps, we would have this ball,” Valdez said. “This is how he would be able to stick his arm right through here and move this in any direction so that he could push pull.”

It took less than two days from designing the product to finishing it up.

“I was so full of joy because I was so happy I could help out someone in the real world,” Valdez said.