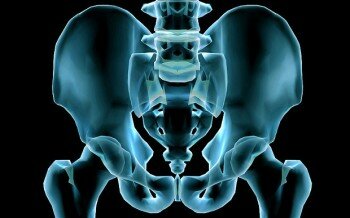 Thanks to 3D printing, 71-year-old Meryl Richards has been saved from the prospect of life in a wheelchair.

After having had six previous hip surgeries, Ms. Richards’ pelvic bone had become so weak that the leg put a hole through the bone –making another surgery impossible and leaving Ms. Richards disabled by the pain. Her leg was two inches shorter than the other one, and it seemed that a wheelchair was her only option.

But British surgeons were able to make her a customized 3D printed hip joint out of titanium, and used her own stem cells to hold it in place. Ms. Richards was able to have her hip joint replaced with a custom-made hip joint –the first hip joint in the world to be 3D printed.

Ms. Richards couldn’t be happier with her new implant. In her own words she says it is “absolutely fantastic!” After spending years using crutches to get around, the latest surgery will give her mobility once again. According to Mr. Douglas Dunlop, the consultant surgeon at the Southampton University hospital who carried out the operation of Ms. Richard’s hip joint, her CT body scans were sent to a Belgian-based company Mobelife for design and production.

The customized socket was built in layers using titanium powder. The implant was designed specifically for Ms. Richards which means that it is a perfect fit. According to Professor Richard Oreffo, new cells are growing new bone around the implant which will make the fit much tighter and, in turn, stronger.

If all goes according to plan, Ms. Richards will soon be up and walking on her own two legs – that are the same length, and most importantly, pain free.