It’s clear that money can be made with 3D printers, but 3D artists don’t even need 3D printers to rake in the dough on Shapeways. Digital designers can have their own stores on Shapeways, but many break out into the view of larger audiences. Two such Shapies are Bathsheba Grossman and Roger Pearce, who now have their pieces on the Neiman Marcus website. 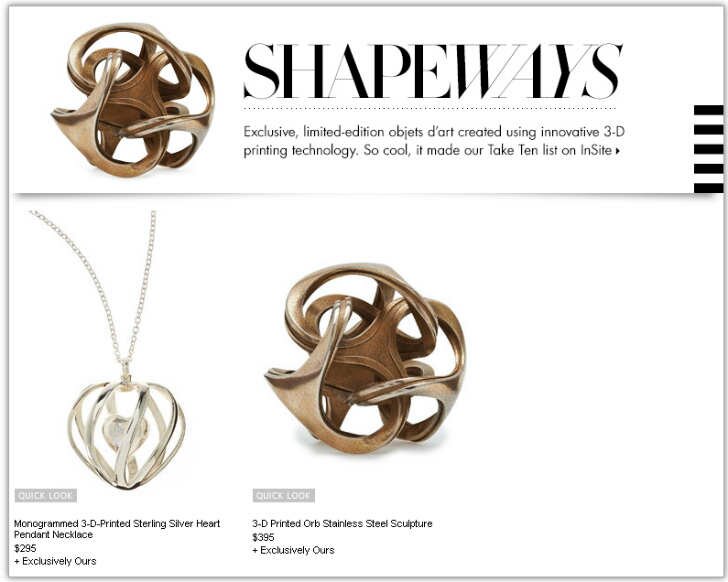 Bathsheba’s Klein Bottle Opener is pretty popular, but it’s her Orb sculpture that’s on Neiman Marcus. Pierce is a lesser known Shapie but he won the pendant contest with his Heart Cage Pendant, and that earned him a spot on NM. Shapeways points out that such contests are hosted weekly, so get off your ass and get to modeling. The great thing about selling pieces on Shapeways is that once you’ve got a desirable design, they handle the printing, packaging, and shipping. All you do is collect your checks.

So get to the CAD/CAMing already. What, you’re not confident in your ability to create 3D models because the software is too hard to learn? Give Tinkercad a try, as well as Leopoly. They’re incredibly easy to use. Who knows, maybe you’ll end up in a high end retailer.