3D printing techniques has given a 6 year old boy from Mongolia a new nose.  The young boy named Nerja was born without a nose, a rare condition that often prevents the child from breathing.  Normal life expectancy for children with this condition is less than 12 months.

The team of doctors from Korea’s Seon St. Mary’s Hospital built the printed nose after failed attempts with other standard nose models. Those noses would clog after being implanted into the child.

Doctors Lee Jong-Won and Kim Seong-Won, along with a Professor Jo Dong-Woo from the Pohang University of Science, turned to 3d printing as a solution.  They were able to use 3D printing to create a new support structure, also called a stent, for the respiratory tract and rebuild Nerja’s nose.  After placing the printed stent, which was able to be exactly fitted to Nerja nasal passage, they were able to use his own bone tissue to create nostrils.  This new fully formed nose allowed the boy to breathe on his own and gave him the physical features of a nose, something the models currently being used do not do. 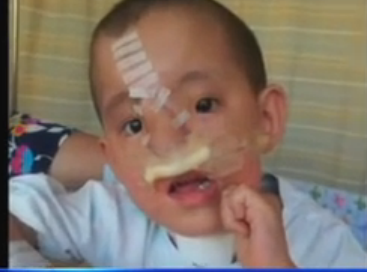 This is the first time 3D printing has been used in any transplant in Korea and both the doctors involved and hospital administrators are excited about the advancement.  St. Mary’s has said they are planning on applying for a patent on 3D prosthetic implants such as this, and look forward to being able to help other children with this condition in the future.

3D printing will revolutionize the biological implant market. With 3D printers, you can use human tissue from the patient to ensure a solid and safe implant.