I met Jordan Williams at the Inside 3D Printing Conference and Expo. When I asked him what he did he pulled out a tablet and showed me this:

That’s him holding a 3D printed bust of himself. Jordan creates high-resolution 3D scans of people (and their pets) and has them 3D printed. Throughout history sculptures have been made of people, though usually of or for wealthy people. Now that cameras are commonplace anyone can be immortalized. But pictures just don’t capture everything. “As powerful as pictures are, they are still only 2 dimensions. They are not something we can hold in our hands and really interact with. Images can be printed and framed, but they still do not take up real, physical space that we share,” said Jordan.

Jordan runs a startup called Captured Dimensions and he just revamped the website, so we exchanged a few emails about the company. I was extremely curious about his setup, so that was the first thing I asked about.

Jordan: We make our models of living subjects using the process of Photogrammetry. Our studio consists of a full-surround array of 64 (and growing) Canon DSLRs, and a lot of computers and software. 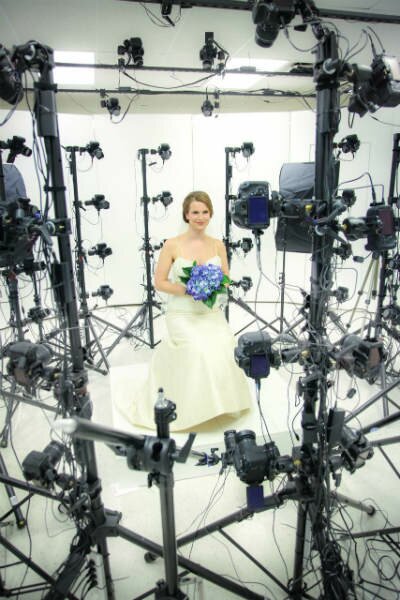 3DP: That sounds expensive. How long did it take to get that running?

Jordan: There was a great deal of trial and error throughout the initial phases of our setup. Many long nights tracing hundreds of meters of cables to find the source of problems. It took us very little time to plow through a hundred grand, and we are well north of that now (and beginning to seek adventurous angels). In all, the development process to prepare our full-body setup lasted about 8 months.

3DP: What print services do you use?

Jordan: Throughout development, we have sourced prints through several providers such as Shapeways, Sculpteo, local companies, etc. With a couple vendors (not going to name names) we certainly experienced some issues with consistency of color saturation, finishing processes, shipping methods. I think that was to be expected, since most of them had done very few prints like ours before that time.

The photogrammetry method that Jordan uses takes hi-res pictures from 64 (and rising) angles at the same time and then stitches them all together to create a photorealistic 3D model. Because the cameras all shoot in an instant, the process works on animals, children, and anything that’s prone to fidget. Wedding toppers come out beautifully. 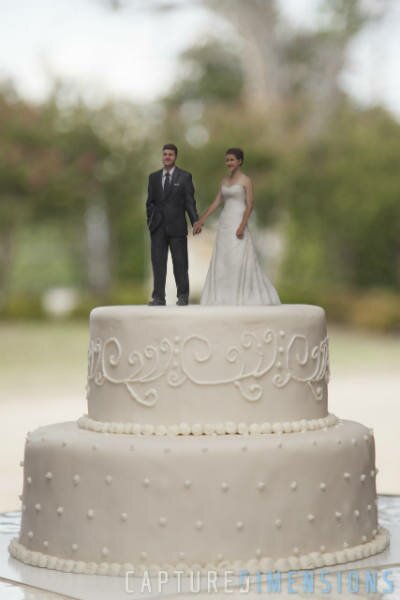 On his blog Jordan states “Even today, flooded with millions of images of oneself, an influential person will typically consider it a high honor to have a statue made in their likeness… A statue, sometimes even far more poorly detailed than images of a subject, can impress upon a viewer a much more lasting impact and a greater impression of the “presence” of the statued than any image could… I believe that 3D printing has the potential to bring the previously unattainable world of statues and figurines to any who would like it; not just those in the upper-echelons.” Full-body figurines start at $445. If you think that’s still reserved for the upper-echelons, know that Jordan expects the price to come down as 3D printers become more efficient, and remember how much his rig cost.