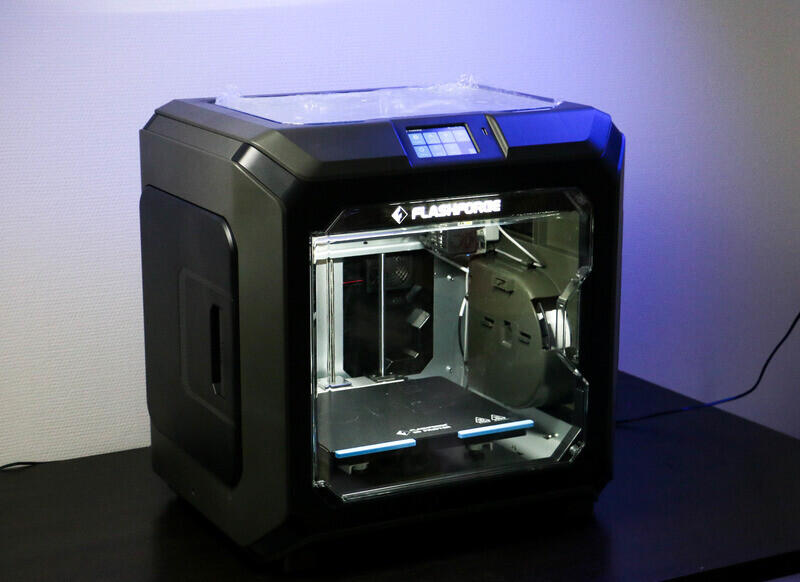 A review of the new 3D printer from Flashforge company – Creator 3 Pro. How successful was the upgrade of the previous version of the printer Creator 3, what it can boast and who can use it – you will learn in this article!

Without going into too much detail, Creator 3 Pro is an improved version of Creator 3. But you’re here for the details, so let’s start with the coolest chips.

First, the IDEX system. The system IDEX is present in several 3D printers from Flashforge, such as Creator 4, which we recently had a review.

In simple terms this is a system consisting of two extruders, which can print simultaneously and independently of each other. This system allows you to print two identical objects, two different objects, or mirror an object and print the original and the mirror copy at the same time. IDEX can also print a single object in two colors or materials.

Both extruders can reach temperatures of 320°C, and they do so much faster than in the previous version of the device, for example. The extruders heat up to 200°C in just one minute! And of course the extruders allow you to work with a huge variety of materials, including engineering-grade materials.

Moreover, the cooling system of the extruders has also been improved compared to Creator 3. Each extruder now has two cooling fans instead of one, which greatly improves print quality. New and improved sensors have also been integrated into the extruders to improve the accuracy of automatic alignment and positioning.
FlashForge Creator 3 Pro 3D Printer Review – The New Engineering Factory

Both extruders have a quick hotend change, and you can also change the nozzle to, for example, a carbon steel nozzle for printing carbon fiber plastic. 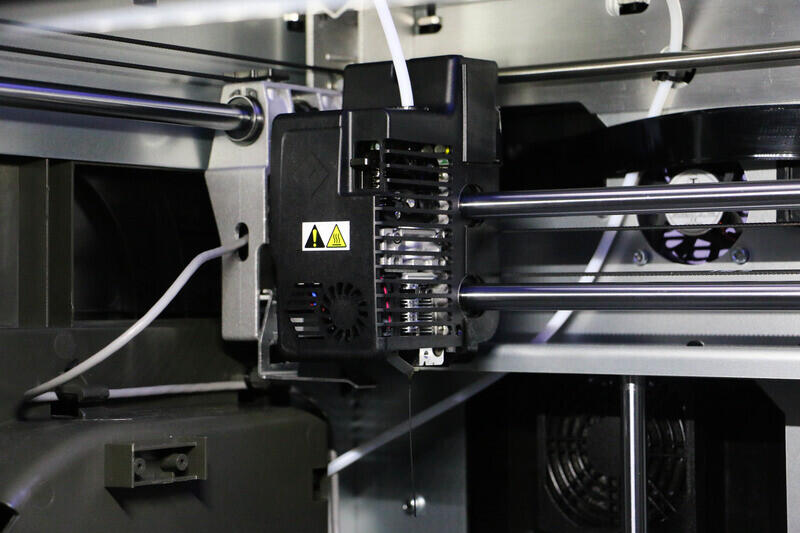 Moving on, the Creator 3 Pro’s desktop is of course heated, with a maximum temperature of 120°C. And the table is not without an upgrade either, the heating time has been significantly reduced, the platform now heats up in just 3-5 minutes, as opposed to the 15-20 minutes of the Creator 3. The flexible magnetic substrate is available.

After the review on Creator 4 with its monster printing camera I want to say that the amount of printing Creator 3 Pro is certainly not enough 300x250x200mm, but no, lets not talk like that. Creator 4 is a little bit in another weight category and the scope of the prints of Creator 3 Pro corresponds to the tasks for which it was created. After all, unlike Creator 4, Creator 3 Pro version is generally smaller and does not have to allocate a separate corner of the room for it. The printing chamber by the way is completely enclosed. 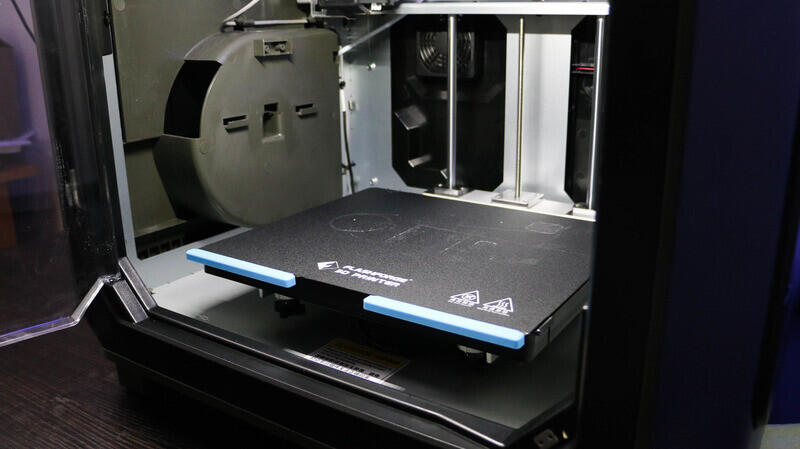 In terms of shipping and packaging everything is great with Flashforge, the device matches its Pro prefix, you can start printing right out of the box after a short “auxiliary calibration”. The calibration is sensor-based, so there is no need to put a sheet of paper under the nozzle like in the good old days. On-screen prompts tell you when and by how much to turn each knob under the platform.

The Creator 3 Pro comes equipped like any self-respecting modern 3D printer. In terms of accessories I don’t know what else you can think of, unless some company starts to put a smaller printer in the kit for large printers.

In general, everything is standard, a tool kit, two reels of filament, power cable, documentation. There are also two spare thermal blocks with nozzles, thermal tubes, and fuses. 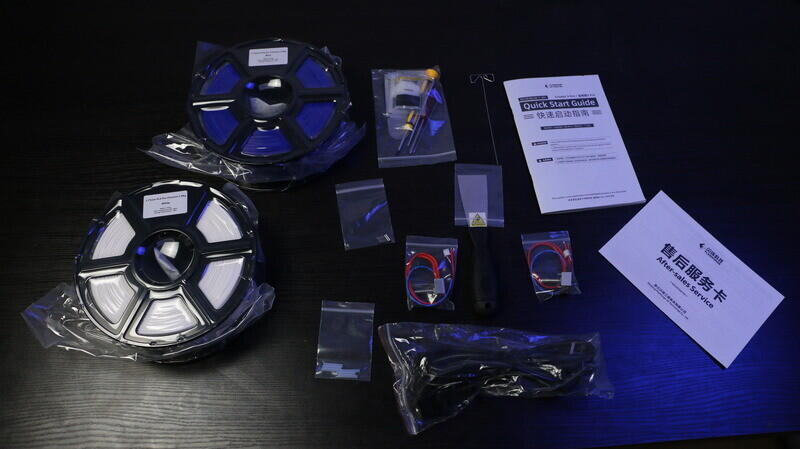 In our review of Creator 4 we told you about FlashPrint slicer which Flashforge suggested to use with their devices. By the way, FlashPrint has reached version 5.2!

Besides the stylish dark interface and the standard slicer features, FlashPrint will allow you to connect to the printer via Wi-Fi and also manage the device remotely. It’s nice that the companies promoting their slicers don’t stand still and with each version of the software the saying “If only there was Cura support” becomes less and less relevant.

Also in Creator 3 Pro there is support for the cloud service.

In terms of body design, print chamber door, axis guides, there can be no complaints to the printer, it looks nice, feels nice to the touch, and overall the whole design reflects the essence of a high-tech professional device. 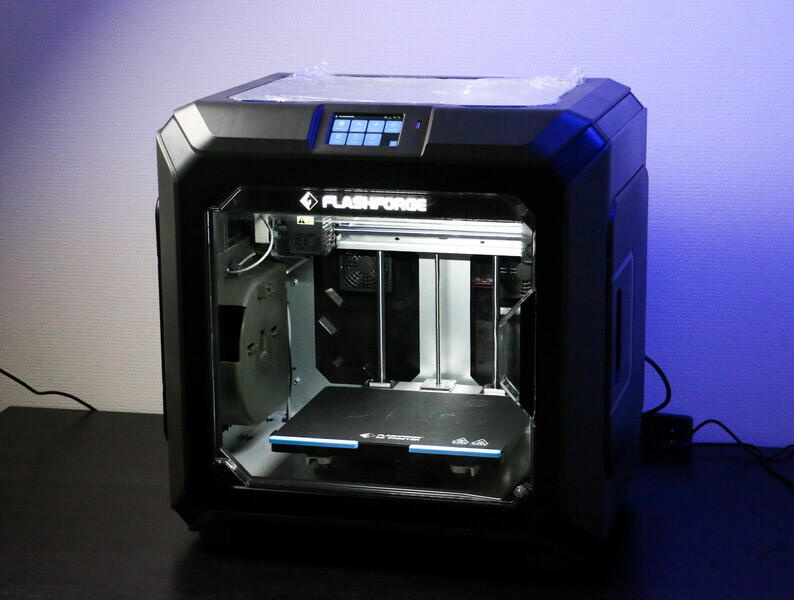 But let the “professional” look not scare the beginners, along with the seriousness in design is also present friendliness, Creator 3 Pro does not require a scientific degree, an intuitive interface of 4.3 inch touch screen allows you to quickly navigate in settings and prepare the 3D printer for any task. 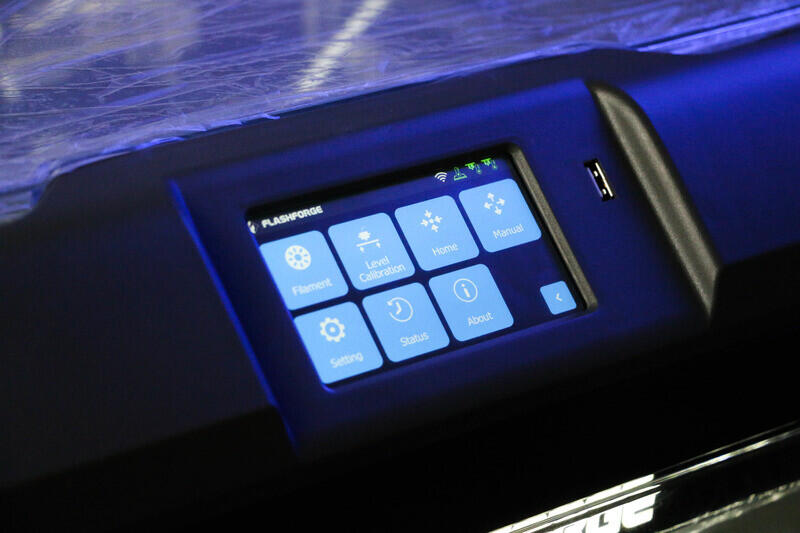 And of course FlashForge hasn’t forgotten about safety, the Creator 3 Pro is equipped with HEPA 13 filters and an activated carbon filter – critical components when printing certain materials. 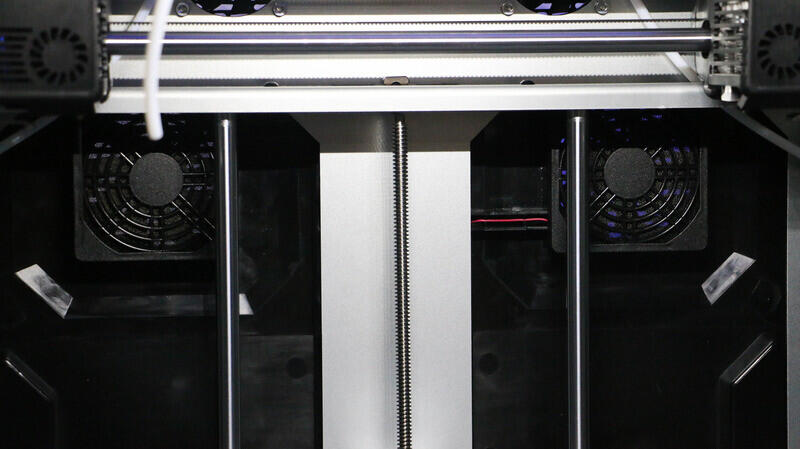 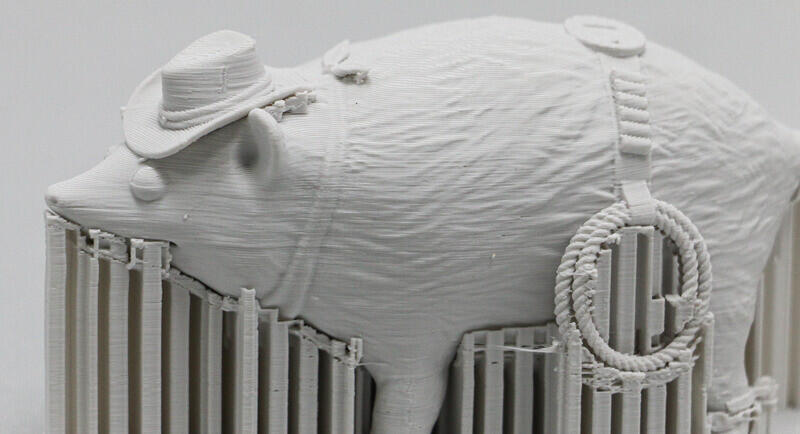 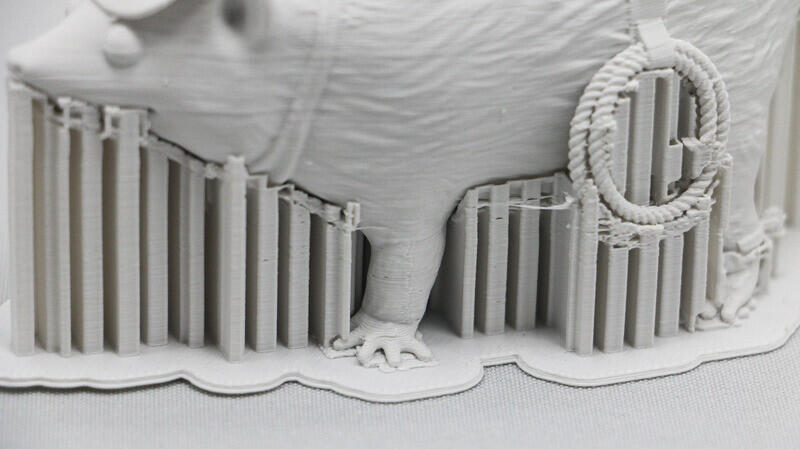 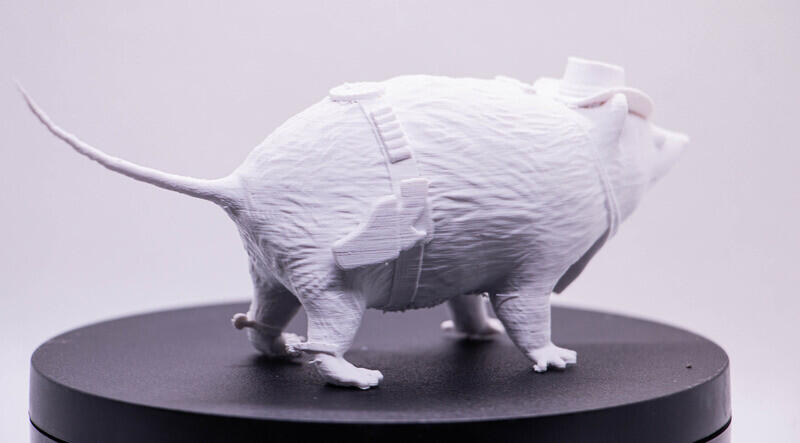 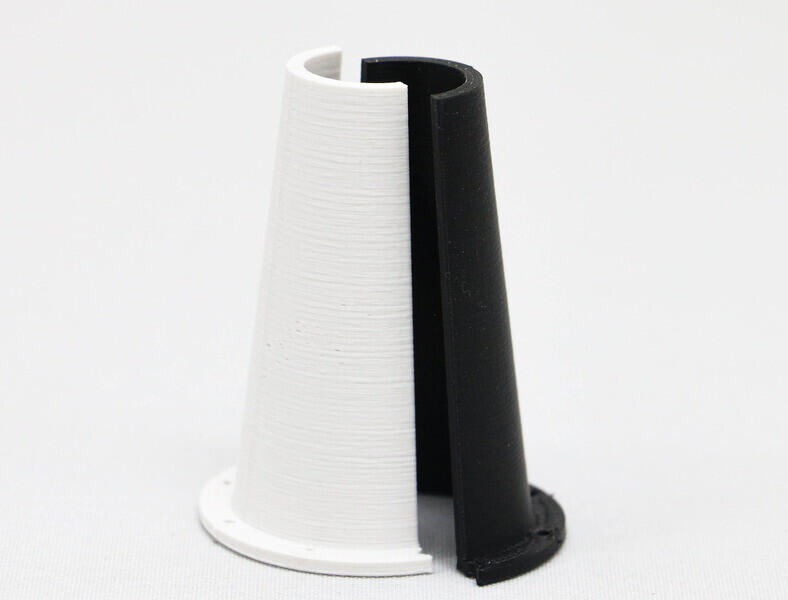 There are many features that distinguish professional-grade 3D printers from standard consumer machines. Design, intuitiveness, print quality, speed, and compatibility with industrial-grade materials.

One barrier that prevents small businesses and casual enthusiasts from incorporating professional 3D printers into their workshops is the high price. There are many high-end devices on the market that offer professional quality, but you usually have to pay a lot of money for that. Flashforge has once again found a balance between affordability and capability.

Flashforge Creator 3 Pro offers a range of impressive professional features, extensive compatibility with industrial grade materials, and an intuitive and easy to use interface without raising the cost bar sky high.

The Pro version proved to be an excellent improvement on the previous model, levelling almost all the disadvantages of the original Creator 3.