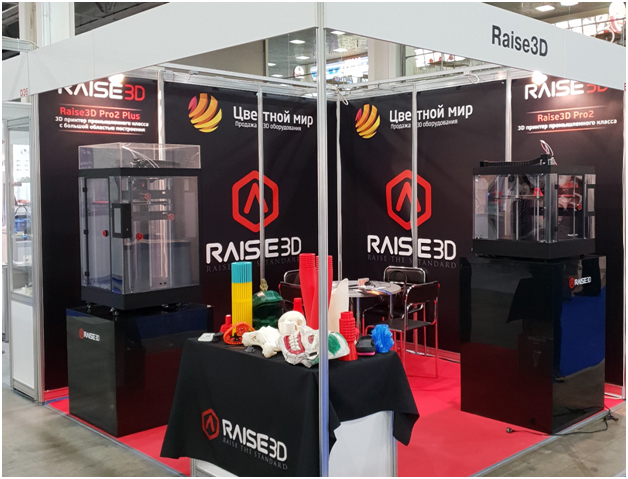 Raise3D is one of the most famous Chinese brands. The equipment of this brand is designed primarily for professional activities, but amateurs also like it for the highest quality and quite affordable price. In this article we will tell you about the key stages of creation and development of Raise3D and describe the most popular models of 3D printers it produces.

Briefly about the manufacturer Raise3D

The world first heard about Raise3D in mid-2015, when its representatives launched a large-scale crowdfunding campaign on Kickstarter to raise funds for the production of a fundamentally new 3D printer. The result was an absolute record in the crowdfunding segment for large-format 3D printers – the project received donations from almost 350 people, and the total amount of the collection exceeded $440,000. It took Raise3D less than six months to set up production, after which the printers they produce became available around the world.

Today, the company is one of the acknowledged leaders in the development of 3D equipment. Its offices are opened in the largest cities in the world, and the network of resellers is spread all over the planet.

The main buyers of the equipment of this brand are:

IMPORTANT The company strictly adheres to its principles, the main of which is still innovation and the maximum possible optimization of production processes by reducing costs and overall acceleration.

During its existence, the brand has repeatedly won the most prestigious awards. These include the 3D Printing Industry Awards and the Rookie Award at the 3D Print Awards.

Overview of the Raise3D Pro2 Plus 3D printer 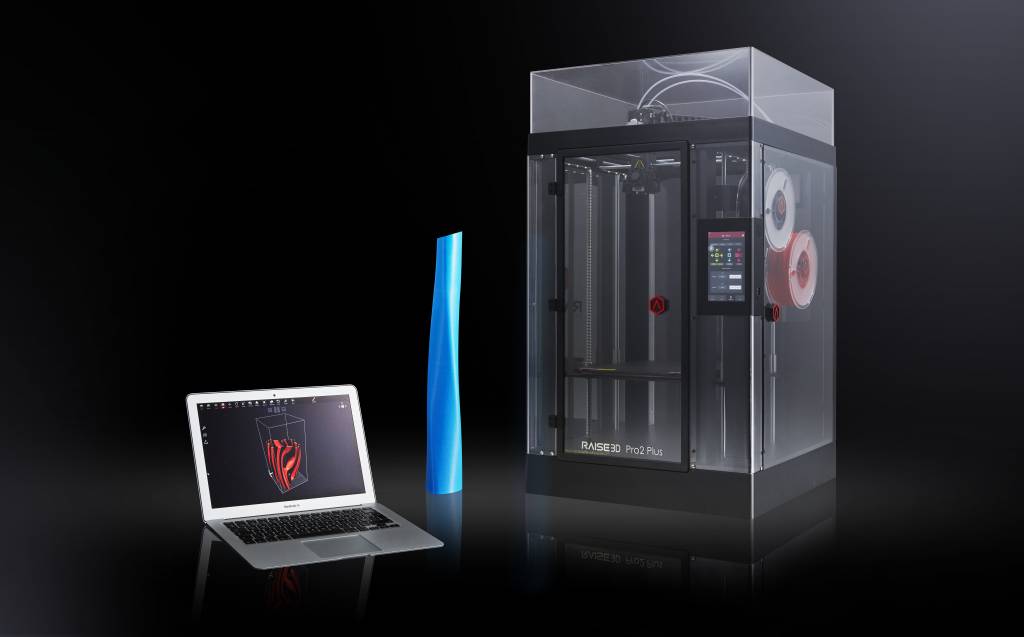 This new printer has a number of brand new features, the most important of which was the ability to print two plastics at once. This innovation allowed to diversify printing, using water-soluble plastic or create two-color models.

The printer is different and the size of the area available for printing – 305 × 305 × 600 mm. This is more than 30 centimeters higher than the previous version of the printer.

IMPORTANT: if you print using two available extruders at once – the area of the desktop decreases, but at the overall size it does not cause the owner serious inconvenience.

At the same time, like other representatives of the class of FDM printers, Raise3D Pro2 Plus 3D printers use layer-by-layer printing technology, applying molten plastic to the working surface.

It is important to note that absolutely any plastic can be used for printing, regardless of its manufacturer. The printer does not use spool chipping technology and can work with any filament. At the same time, the company also produces its own materials, and all the declared tests are carried out using them. Printing results with other materials may differ significantly from those expected. The declared thickness of the layer is from 10 microns.

Another feature of the Raise3D Pro2 Plus 3D printer is the built-in thread break sensor at the top of the extruder.

The printer has its advantages and disadvantages, and we will list the most important of them.

Who is it good for?

The high performance of this model, as well as its reliability and ease of use, make the Raise3D Pro2 Plus suitable for professional use and 3D farms as well as for home use. 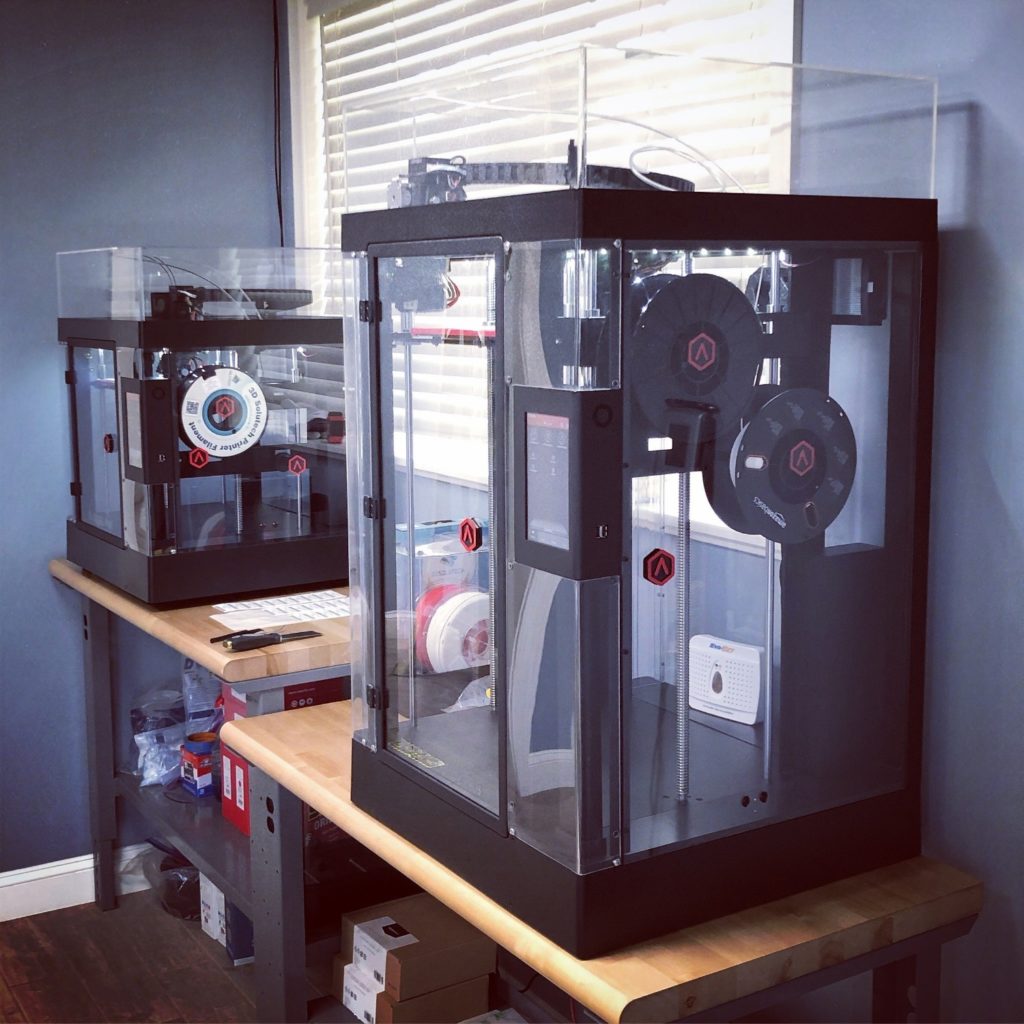 This model has implemented all the wishes of users who had to deal with the printers of the previous series. Compared to them, the appearance of the equipment has not changed much, but the guts have undergone major changes. The frame and dimensions of the Raise3D Pro2 3D printer remained the same, but the Pro 2 version features magnets on the doors instead of the usual latch. This allowed the manufacturer to not only add convenience to users, but also reduce the noise the printer made when in use.

A state-of-the-art HEPA filter was also added to the design, which reduced the odor produced by printing with ABS-type plastic. Otherwise, the printer was able to maintain its elegant appearance, which is highlighted by fully transparent side panels and bright LED lighting inside the box.

The kinematics of the Raise3d PRO 2 remain largely unchanged, but two additional shafts and a ballscrew have been added to the Z axis. This has increased the accuracy of the X and Y axis positioning to 12.5 µm.

The main changes made by the manufacturer were in the extruder design. An option to lift one of the available nozzles was added, which saved the unused hole from plastic ingress and additional cleaning. The blowing system of the extruder was also improved, with an additional fan and the possibility to switch the blowing completely off or adjust its intensity.

IMPORTANT: Another important change in the design of the printer is the reduction in the weight of the printing unit due to the stepper motor of the broaching mechanism.

The model is also distinguished by the high quality of the accompanying Ideamaker software. The user can fully control the process of printing the product through this software.

The disadvantages of this model are relatively few. Most often they include the high cost of the printer, as well as the difficulties encountered by users during the first calibration of the device.

Who is it for?

The Pro2 series printer is perfect for owners of 3D farms, as well as for small-lot production of printed goods. Owners of companies who often need to create prototypes, mock-ups, master models, and other products will also be pleased with it. 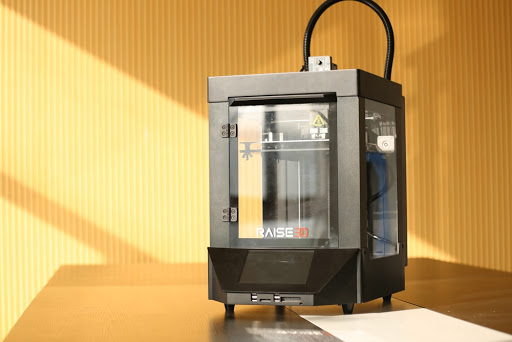 The Raise3D N1 Dual 3D printer features an aesthetically pleasing exterior and a sturdy, rigid body. Its dashboard is positioned so that the user will not experience any inconvenience when using it. The same applies to the device’s connectors.

The display is designed so that even inexperienced novices will be able to understand it.

The model also features two extruders located parallel to each other. This makes dual-material printing possible, in particular the use of multiple colors or water-soluble supports.

Platform position calibration is also greatly simplified by the use of special springs at the four points of the device.

IMPORTANT: this 3D printer model is programmed in such a way that it will be able to resume printing independently if it is interrupted due to a power failure – the model will not be irrevocably damaged.

Main features of the model

Who is it good for?

The Raise3D N1 Dual is a new generation printer that has set the quality standard for an entire generation of 3D printers. The clever touch screen display, hard case, dual-material capability and user-friendly software all make the printer the right device for a wide variety of applications. It is equally suitable for professionals and people who are new to 3D printing because of its ease of use and ultimate reliability.