It seems that nothing in this world escapes a bit of ribbing and as April Fools Day 2013 rolled round, the 3D printing industry was ‘in for it’ – albeit in a light hearted way…

The secret to achieving a successful April Fools gag is make it just the right side of believable. These four examples set this up perfectly. 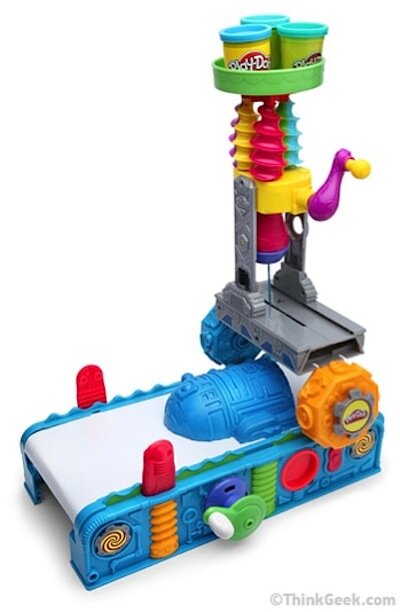 3D printing is big news at the moment with many believing that we’re right on the cusp of a revolution with this technology spearheading another industrial manufacturing boom.

Playing on this, US gadget retailer ThinkGeek, spoofed everyone with its Play-Doh 3D printer. It was a brilliant ‘sucker punch’ of an idea as it plays perfectly into the hands of all those optimists who are just waiting for the day when 3D printing leaps into the mainstream. No totally ludicrous, a Play-Doh 3D printer could well be a reality sooner than we think.

A great concept for an April Fool’s joke, the Play-Do 3D printer from Think Geek is areal winner – just a shame it’s not real! 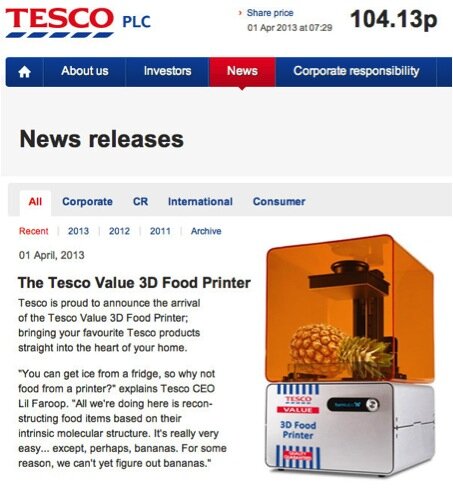 Tesco CEO, Lil Faroop, explained: “You can get ice from a fridge, so why not food from a printer? All we’re doing here is reconstructing food items based on their intrinsic molecular structure. It’s really very easy…except bananas. For some reason, we can’t yet figure out bananas.”

Funnily enough, it turned out this wasn’t even Tesco’s own prank, but a fake prank round up in part of the Metro’s April Fools joke. 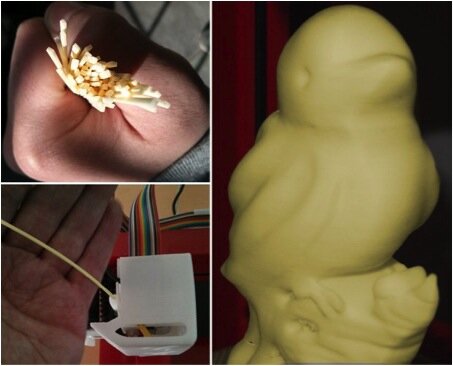 In the past, pancakes, burritos, chocolate faces and gummy sweet faces have all had the 3D print treatment and with the basic principle the same, whether it’s regular filament you’re using or food, seemingly anything is ripe for the process.

Pasta soon cropped up as the next food game for printing and through the process of elimination, as well as trial and error, it was found that Personalize discovered that Porafillo pasta was the best type for 3D printing with the end result being a 3D printed bird – albeit with a dolphin esque face.

Although the most believable of this list, it turned out to be nothing more than an April fools.

On Monday, 3Dprinter.net highlighted the Shapeways April Fools video on how to do your own SLS 3D printing at home with an iPhone and magnifying glass.

To anyone in the 3D printing world, it was an obvious prank. But it left some who had never looked into 3D printing scratching their heads.

These are just a selection some of the April Fools gags that came our way in 2013. Also among the list not related to 3D printing were Youtube paying someone a 3 figure USD sum for being the first person to watch an advert all the way through, Google launching an interactive smell product, Twitter removing vowels from their service to increase character limits and a glass bottom airplane from Virgin airlines.

One thing is for certain; With an annual 12 hour period where anything goes in an attempt go viral; the online world is pushing the boat out more and more each year for April Fools day.