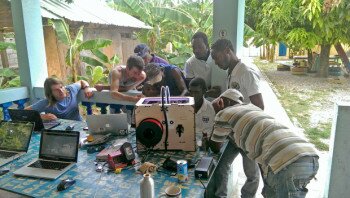 NPR reported the use of 3D printing in rebuilding Haiti following the earthquake that rocked the nation 3 years ago.  They interviewed Ashley Dara who works with iLab Haiti about new efforts to print critical supplies in the field.

One of the major problems with relief efforts is the difficulty in getting all the necessary supplies as they are needed.  In medical relief efforts there are hundreds of different pieces of equipment doctors and surgeons use on a daily basis and the staff of iLab is trying to make them readily available. For example, they have started testing the feasibility of printing umbilical cord claps. 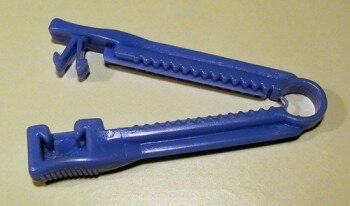 While it is a great idea, the team still has some work ahead of them. They have been working with a form of plastic known as ABS plastic, which is the same hard plastic that is used in the creation of LEGO brand toys.  The issue is that this plastic may be too hard and abrasive to the human body.   So they are in the field not only test the ABS plastic but also cloth fibers and other materials to find the right mix.  Ashley believes that once they figure out the steps to do this, it will make a big difference in the relief efforts.

She told NPR about the need for this type of technology, saying :

While I was in Haiti last year, a dear friend of mine was running a hospital all by herself with limited resources.  One night she wound up having to deliver five babies and they had no umbilical cord clamps, so they were using their own rubber gloves, cutting them to tie off the umbilical cords, which meant that they went through their rubbed gloves and then had to deliver babies barehanded with women that were HIV-positive.  And all I could think was, wow, if we had a 3-D printer, I could’ve been printing on-demand umbilical cord clamps for you.  So now our guys, or our students that we work with, are actually learning how to make very simple medical devices.

With all the push for the latest and greatest in 3D printing, and who can print the most complicated gadget the fastest, it is heartening to hear about a very worthy and very practical use for the technology.