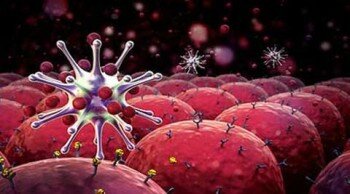 Using 3D printers, researchers have made a tumor-like lump of cancerous cells. Researchers say that this lump resembles natural cancer more closely than the two-dimensional cells that are grown in lab dishes and currently used for study and drug testing.

The 3D printed tumors contain actual cancerous cells that were taken from cancer patients. The cells were then combined with a mixture of gelatin and fibrous proteins, and fed into a 3D cell printer that the researchers had developed. The printer created a grid structure by printing one layer at a time.

The cells were then allowed to grow. After five days the cells took on a spherical shape. The spheres continued to grow for three more days. The resulting structure is said to resemble the fibrous proteins that form the extra cellular matrix of a tumor.

In general research, the cancer studies are done on cancerous cells that are lab grown, and then studied before new cancer treatment drugs are tried on them. With 3D printed realistic tumors, researchers are able to further understand the tumor, and in turn cancer, leading to new studies and hopefully more effective treatments.

The additional dimension of a 3D culture better reveals characteristics of the tumor cells, including their shape, their proliferation, and gene and protein expression, the researchers said.

“With further understanding of these 3D models, we can use them to study the development, invasion, metastasis and treatment of cancer using specific cancer cells from patients,” said study researcher Wei Sun, a professor in the department of mechanical engineering at Drexel University in Philadelphia.

The 3D printed tumors can be used to test the efficiency and safety of new cancer treatments, therapies, and drugs.