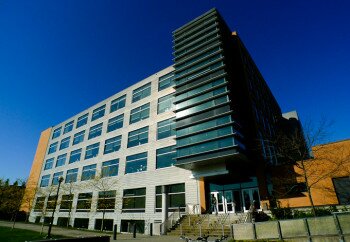 3D printing cells, also known as “bioprinting” has the potential to revolutionize the way pharmaceuticals are tested before they are brought to market.

A research team at the University of British Columbia is working overtime to turn what was once thought to be science fiction into reality. The team is comprised of head researcher Konrad Walus, research biologist Sam Wadsworth, master’s student Tamer Mohamed, and doctoral student Simon Beyer. They claim to have developed a new method of 3D printing, which incorporates living human cells into synthetic material, allowing the cells to continue to grow and form a connective network.

While bioprinting it isn’t a new development, doctoral student Simon Beyer says their new method of bioprinting sets them apart. Their 3D printer has the ability to mimic the structure and behavior of human tissue by combining many different types of cells in geometrically intricate ways.

Currently, pre-clinical drug testing generally involves using animals, or testing the drugs on cell cultures in a dish. Both of these methods, however, are not entirely accurate indicators of how a drug will perform on a human; drugs often react differently to human cells. “As a result, around 90 percent of drugs fail once they reach [human] clinical trials,” says Beyer.

On a larger scale, and in the long-term future, bioprinting could one day be used to create organ tissue for transplants, and implantable tissues for skin grafts and artery repair, but that could still be decades away. For now, however, the team is focusing its research on what quite possibly may change the way that drugs are tested, forever.