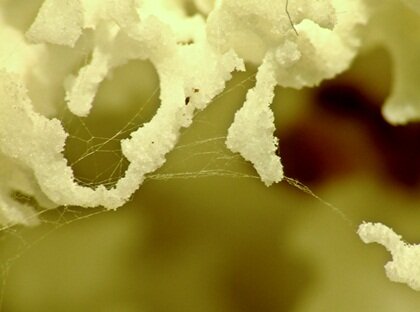 According to an article posted on The Scotsman, this technology allows scientists to research the interactions of organisms that live in the soil. Using CT scanning and 3D printing, scientists have created 3D images that show the unique and delicate structure of soil, complete with the network of holes in which bacterium live and interact. These 3D structures will allow researchers to have an accurate and real life portrayal of how fungi and bacteria live within pore spaces within the earth.

Until now, scientists had to dig soil samples in order to study organisms. This presented problems, however, since digging the soil disrupted the structure of the networks, preventing scientists from studying the structures.

“That’s like studying the rubble of a collapsed building,” explained Professor Wilfred Otten, of the university’s SIMBIO Center, “you would never be able to tell what the structure of the building had been before it fell down, how many rooms it had, or how many people lived in or used it, and all the different things the different people used it for.”

Scientists will now be able to insert micro-organisms into the pore spaces within the plastic 3D printed soil. This will allow researchers to discover how the organisms move through the soil, interact, and find food.

According to Professor Otten, this research is vital for understanding the reliance on soil that everything above ground has, and the important role that soil has in issues such as food security and the carbon cycle.

“A better understanding of what exactly goes on underground,” Professor Otten said, “allows us to be able to better understand the implications the over-use of soil has for food security, as well as soil’s role in climate change.”