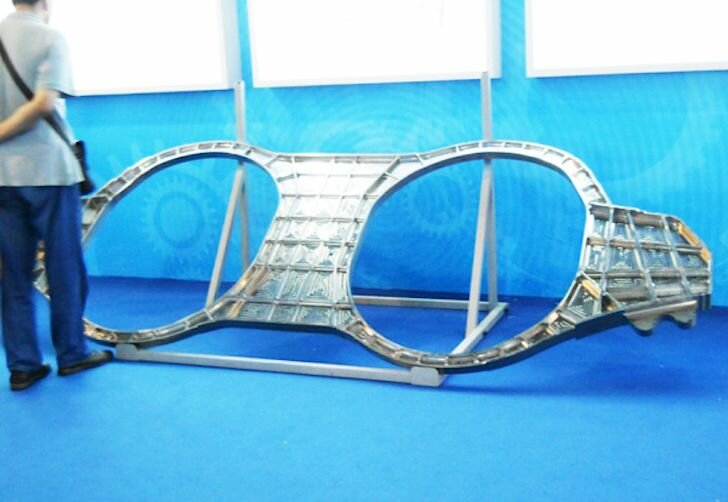 Large 3D-printed titanium part for the use in China’s J-20 or J-31 military stealth fighters.

I received my umpteenth marketing email (i.e. ‘SPAM’) predicting the eminent doom of China’s manufacturing sector thanks to the 3D printing revolution.  Underlying these predictions were assumptions that:

Personally I do not think that 3D printing is about to supplant traditional manufacturing anytime soon, though I may be proven wrong on this.

However, I am quite certain, that China is very familiar with 3D printing.

Let’s consider some facts for a moment: 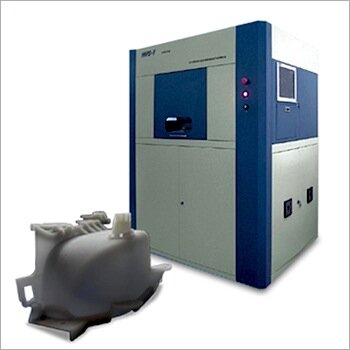 A 3D printer from Wuhan Binhu.

Though China is famed for cheap mass produced goods, the country is looking to 3D printing technology to help its manufacturers produce higher-end goods. Consequently China’s investment focus on 3D printing has been geared more towards technology transfer leading to increased demand and local supply of Rapid Prototyping capability than low-end 3D printers.

Rather than produce small items with 3D printers, the country’s manufacturers have been looking to 3D printing to reduce development times and production waste, particularly in the design, development and manufacture of aircraft.

This focus on large-scale 3D printing technology contrasts with current developments in the West where 3D printing has primarily been driven by (1) product personalization, (2) increased geometric flexibility and functionally and (3) low-volume / high value manufacturing.

Part of this can be explained by relatively high materials costs in China as well as low local demand, both of which have limited the ability of the country’s 3D printer makers to reduce their prices through improved economies of scale as many smaller Chinese companies or ordinary consumers cannot afford 3D printers. This, in turn, has discouraged many of the country’s material producers from developing new products (for 3D printers) because of limited consumption and demand.

One must also remember that it is still possible to get customized (i.e. handmade) goods – or produce customized products in low volumes – more cheaply in China than many other locations.

In summary, it would be dangerous to assume that China (or other countries) do not understand 3D printing technology and its potential benefits simply because China’s market for 3D printing has not developed in the same way as the West.

China clearly understands the potential benefits of 3D printing but because the driving force and focus for 3D printing there is large-scale 3D printing, it would seem that the Makerbots of this world are safe from Chinese competition – at least for now.

Ronald Yu is director and general counsel for Gilkron Limited. A US Patent Agent, he lectures at the University of Hong Kong on patent law and intellectual property (IP) and information technology (IT) and has written extensively on IP, IT and constitutional law as well as digital forensics. He is a contributor to the upcoming 3rd edition of the book Electronic Evidence by Stephen Mason.
View all posts by Ronald Yu →