In the USA, we think American football is huge until you look at the numbers of “Futball” fans around the world.  Stars such as the New England Patriots’ Tom Brady have 2.3 million “Likes” on Facebook which pales when compared to the 85 million Facebookers “Liking” Portugal’s team captain Cristiano Ronaldo.   So 3D Printing’s splash at today’s start of the World Cup in Brazil will reach a wide, global population.

Here are a few of the 3D Printing projects that are represented at the World Cup: 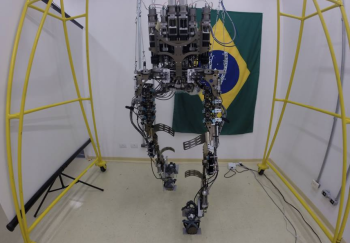 Perhaps the most dramatic use of 3D Printing will be seen in the Kick Off that well, kicks off, the World Cup in Brazil.  In a collaborative effect between scientists including Miguel Nicolelis, Ph.D, a Duke University neuroscientist, Alan Rudolph, Ph.D., the vice president of research at Colorado State University, and Gordon Cheng of the Technical University of Munich.  Wanting to fund more than just parties, the Brazilian government sponsored the Walk Again Project with a $20 million contribution.  Dr. Nicolelis pulled together a team of 166 neuroscientists, roboticists, technicians and laboratory staff from six countries in January 2013.  In just 18 months the team had ready for the opening a mind-controlled exoskeleton that included parts that were 3D Printed.

You can see a video of the opening kick here.

With the huge audience that the World Cup attracts, sports gear manufacturer Nike is pulling out all the stops to show the cool, new products for which they utilize 3D Printing techniques, especially their flagship FlyKnit.  This past Spring, Nike 3D Printed a one-piece lightweight mesh shoe, meeting the request from athletes for a shoe that feels more like a sock. At the World Cup, dozens of players will be outfitted in the Magista, Nike’s first Flyknit soccer cleat.

Because 3D printing can create complex geometries, functions can now be easily added to a part.  The Nike shin guards shown below are unique as 3D Printing allows them to also act as shock absorbers.  With all the blows taken by Futball players, 3D printing adds a big competitive advantage to the Nike design. 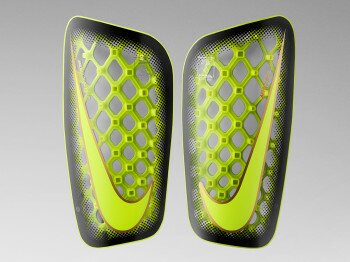 And for even more buzz, Brazil’s Neymar Jr., England’s Wayne Rooney, and Portugal’s Cristiano Ronaldo will also be carrying the matching Rebento duffel, a 3-D printed bag that is lightweight and strong…as well as cool! 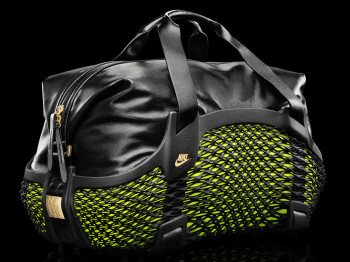 Hopefully this will help gain additional support for 3D Printing through the global futball audience.