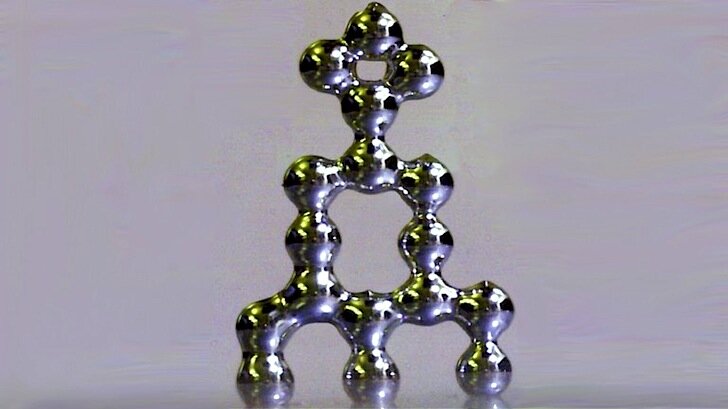 3D printing in metal is one of the hottest pursuits of 3D printer researchers and manufacturers. That’s why the recent IPO’s of metals printer companies ExOne and Arcam AB have skyrocketed, and that’s why 3D Systems plans on buying Phenix Systems, a company that specializes in making direct metal selective laser sintering 3D printers. And Stratasys recently announced its intentions to print in metals.

3D printing with metal usually requires heat and lasers. But today a story broke that there is yet an entirely new technology that holds promise for 3D printing metals. And the exciting thing is that it will print with liquid metal at room temperature!

Researchers at North Carolina State University (NCSU) came up with a special metal alloy, from a mixture of 75 percent eutectic gallium alloy and 25 percent indium, that is already in a luquid state at roon temperature. This liquid metal, when exposed to air, forms a thin outer layer of gallium oxide which allows the bead or continuous tube of metal extrusion to keep it’s shape and structure.

I think Gizmodo explained it best: “In a way, you can think of the small beads and long cylinders this 3D printer creates as tiny water balloons, but filled with liquid metal instead of H20. And the thin gallium oxide outer layer is not only flexible—allowing the extrusions to be further molded and shaped—it also conducts electricity so it can be used as wires or other components of electronics.”

We’ve already discussed other methods of 3D printing electronics and conductive surfaces, and it’s exciting to see yet another way. Technology such as this hold tremendous promise for 3D printing entire producst that are built with both the non-electronic parts and the electronic brains of the product in one fell swoop.

It’s much easier to watch how this process works that it is to explain it. Watch this video whicih shows how the printer creates various shapes of metal. Keep in mind that the video has been sped up 40-50 times, so it’s not as fast as it looks. Yet.