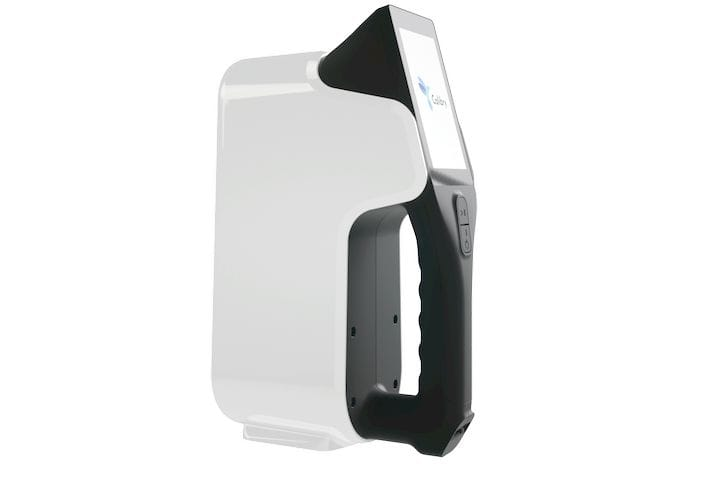 The Russian-German company Thor3D has been developing 3D scanning solutions for many years, Calibry (https://top3dshop.com/product/thor3d-calibry-3d-scanner) is their recent product announced in Shanghai.

This is a manual 3D-scanner, which can be used to capture medium and large objects, that is, those whose dimensions fall within the range of 20 cm to 10 m. A 3D scan of a toaster or an entire car can be made with equal success.

The positional accuracy of the scanner is 0.1 mm, and the resolution is 0.3 mm, which is quite suitable for rather large objects to be scanned by this device. The scanning speed is up to 3 million points per second.

Scanning speed is a very important indicator because it determines how fast you can scan. Many other handheld scanners, which have lower throughputs, are inconvenient to use. To get enough resolution, you have to move the low-speed handheld scanner very slowly, repeating movements from time to time to ensure coverage. In addition, these devices can be quite heavy. 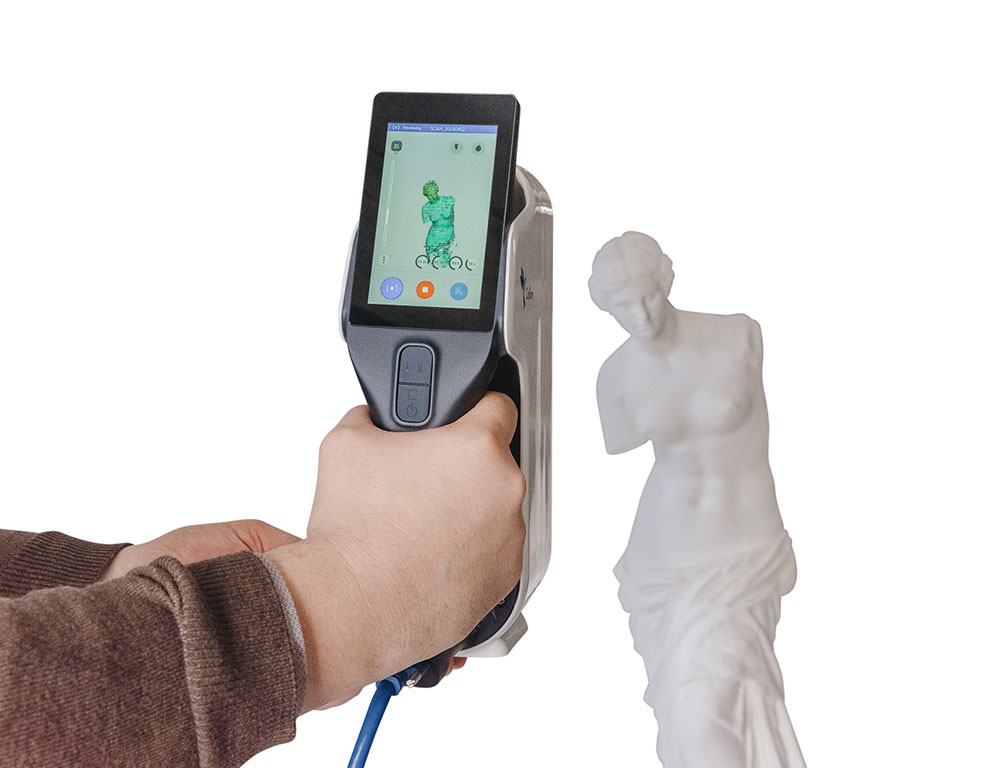 It is unclear what principle the Calibry works on, perhaps using structured light rather than lasers. They explain that they used a new custom-designed camera that, in addition to providing high scanning speeds, can achieve amazing results: it can handle such complex tasks as scanning objects with a black/shiny/fuzzy surface that other systems would pass up.

The camera system is also capable of capturing colored surface texture in addition to three-dimensional geometry. The developers note:

– Importantly, Calibry can capture objects that have always been difficult to 3D scan, such as objects with sharp edges, hair, black and shiny objects. The scanner also has a built-in texture camera (2.3 megapixels) and can pick up speeds of up to 3 million dots/sec.

This is an incredibly low price for a full-featured handheld 3D scanner. Just a few years ago you would have had to pay $75,000 for a quality device; now prices have dropped significantly, and some handheld scanners can now be purchased for around $15,000.

But the price of the Thor3D Calibry is three times less than even those reduced prices.

Because the device itself and its software work well, it will enable many users who previously could not afford a 3D scanner for financial reasons to engage in 3D scanning.

Keep in mind, however, that the Calibry scanner is designed to scan medium to large objects. You probably won’t get good results if you try to scan a small object such as jewelry with this 3D scanner, since an object of that size will only use a small portion of the Calibry’s grip.

The Thor3D Calibry is a very good option for those who are looking for an inexpensive handheld 3D scanner for working with large objects.