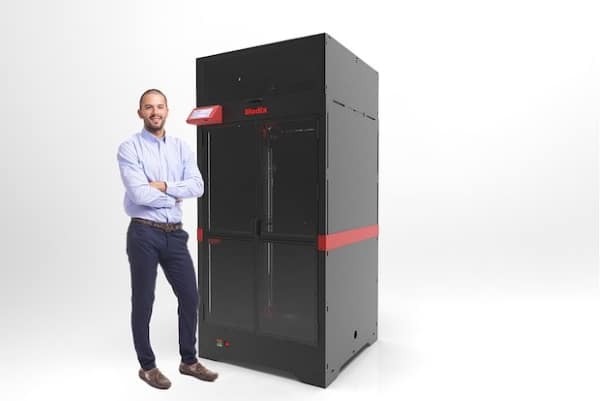 Modix, a manufacturer of large-format 3D printers based in Tel Aviv, Israel, has launched its latest addition, the BIG-120Z. Its new machine is capable of printing parts that can measure more than one meter, or 1,200 mm. Based on the same design and technology as its older BIG-60 and BIG-120X, namely wire deposition, the printer promises to meet a wide range of applications for the fashion and advertising industries. In a market where visual communication players, whether advertising or retail, face particularly intense competition, Modix offers a solution that can help them reinvent themselves by integrating 3D printed elements into billboards, creating accessories and point of sale more quickly.

Specializing in kit-based 3D printing systems, Modix started with desktop 3D printers and has expanded its concept to professional and industrial equipment to offer more affordable alternatives. This approach partly explains the price of this new machine, which sells for only $9,500.

Beyond its price, the BIG-120Z has other assets to meet the needs of printers. In addition to its large production volume (800 x 800 x 1200 mm), the printer offers two optional E3D hotends that can reach temperatures of up to 285°C. To guard against warping, a common phenomenon with large prints, the printer features an enclosed build chamber, a 130°C heated print bed, and a PEI print surface to facilitate adhesion and removal of 3D printed objects.

John Van EL, CCO of Modix said, “Modix is expanding its offering from two products to three. This will soon be followed by additional larger models, as shown at Formnext. At the same time, we are developing several add-ons that will increase customization capabilities for our end customers and resellers.”

Founded in 2014 by Mr. Shachar Gafni in Tel – Aviv, Modix became known for its desktop 3D printers (Agam range), only to focus two years later on the development of ultra-large format 3D printers such as the Big60 (600 x 600 x 660mm) and the Big120 (1,200 x 600 x 640mm). Intended for the automotive, aviation and marine industries, its largest machine, the Modix MAMA, “Modular Additive Manufacturing Assembler”, has a variable print volume ranging from 1 x 1 x 1 meter to 2 x 5 x 1 meter.

The BIG-120Z, which starts at $9,500 depending on options, is expected to begin shipping in mid-April. Other new products should be unveiled later this year by Modix. Positioned on the entry-level of large-scale professional 3D printers, Modix offers an alternative to more advanced but more expensive technologies (around €370,000) such as those of its compatriot Massivit 3D. Japanese company Mimaki, a specialist in large-scale color 3D printing, is now also trying to position itself in the events segment. 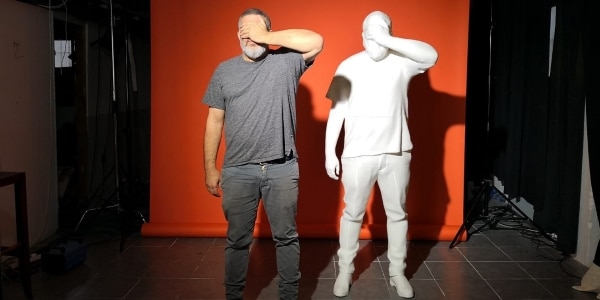