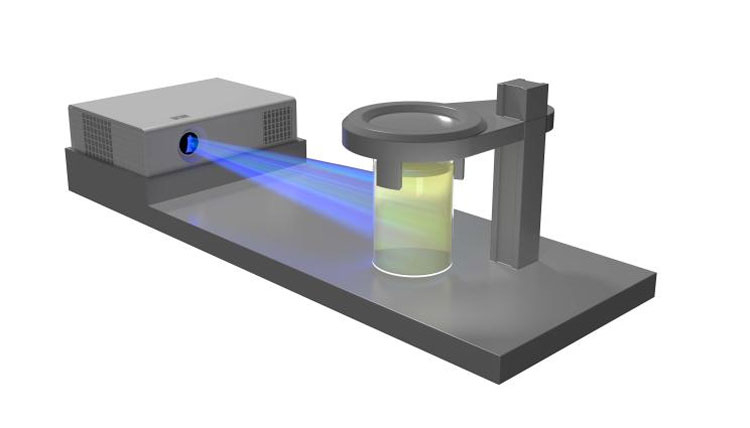 NASA is overseeing a number of projects that could help commercialize production in orbit in the future. One such project was the development of a 3D printer for mass printing cartilage tissue in microgravity. Such printers would require almost no maintenance and could produce custom cartilage for implantation in patients on Earth.

Rapid photopolymer printing technology for 3D models called computer-assisted axial lithography (CAL) was developed jointly by scientists at Livermore’s Lawrence National Laboratory. Lawrence National Laboratory (LLNL) and the University of California, Berkeley. It is the basis for a 3D printer called The Replicator. Just the other day, we told you how The Replicator was adapted to print the thinnest glass models.

3D-printing in weightlessness allows you to print the most accurate copy of the model without too much difficulty. This is what makes 3D printers in orbit so attractive. The shape of the model will hold perfectly, will not bleed and will remain with neat edges, which reduces the cost of final processing. For custom cartilage implant printing, this would be a commercially viable solution. The printer communicates directly with the CT scanner to produce the most accurate three-dimensional copy of the object to be created.

The Replicator printer projects the digital model into the thickness of the transparent polymer resin. The resin hardens almost instantly in the areas where the desired intensity of illumination occurs. It remains to drain off the remaining resin to produce subsequent models and wash off the finished model.

Along with the LLNL specialists, a NASA grant to develop a commercial 3D printer, The Replicator, was awarded to Space Tango of Kentucky. Together, they will bring the machine to fruition. Space Tango has conducted more than 200 biological and other experiments on the ISS since 2017 and has enough experience to be successful.