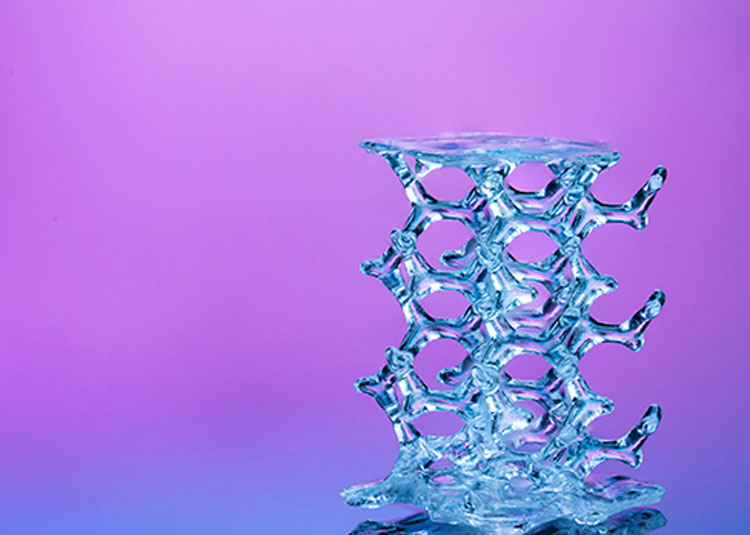 Chemically and thermally stable glass is far preferable to plastic in industry, medicine, and science. And if people have learned to print plastic 3D models quite well, then 3D printing from glass could help to develop many promising directions. Now it’s possible. U.S. and German scientists have learned how to quickly print micron-scale glass 3D models.

The proposed technology is based on Glassomer material invented by scientists at the University of Freiburg and a 3D printing method invented at the University of California, Berkeley, called “computer axial lithography” (CAL). The CAL method was introduced about four years ago. It is a photopolymer printing method in which a 2D model is projected into a thickness of liquid polymer resin at different angles. Where the light intensity reaches a threshold value, the resin hardens quickly. Then the model just needs to be washed in a solvent to remove the liquid composition and the model is ready, which takes a few minutes.

The Glassomer material proposed by the Germans is a mixture of a transparent polymer and quartz glass powder. The model can also be projected into this transparent mixture, after which it solidifies. The model is then placed in a furnace, where the plastic is burned out and the quartz powder is sintered into a single piece of glass.

According to the scientists, who published an article on the results of the work in the prestigious journal Science, for the first time it was possible to print glass with structures in the range of 50 micrometers in just a few minutes, which roughly corresponds to the thickness of a human hair. In addition, the surfaces of the components turned out smoother than with conventional 3D printing processes.

Possible applications for the innovative manufacturing process are seen in the creation of micro-optical sensor components, in the production of virtual reality headsets and advanced microscopes. “The ability to produce such components at high speed and with great geometric freedom will enable the creation of new features and more cost-effective products in the future,” say the authors of the development. The production of structures in the form of microchannels for medical diagnostic devices in on-chip systems looks particularly promising, opening the way to new medicine and better disease control.