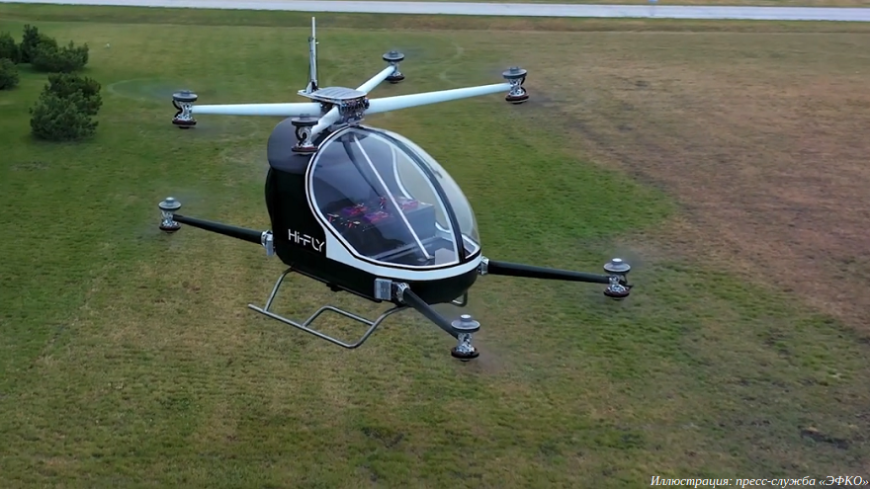 According to the press service of the “EFCO” group of companies, the aero taxi is created as part of the “Healthy Future” initiative project. The Hi-Fly Taxi prototype is already able to make unmanned flights up to 9 miles (15 km) of distance and carry cargo weighing up to 265 lb (120 kg). There are plans to create passenger and cargo variants in the future (shown below). The latter is planned to be produced in medical, firefighting, evacuation, police and other modifications.

Sergey Ivanov, Executive Director and Member of the Board of Directors of EFCO, mentions that life in the city today is a challenge. He states: “If people had an opportunity to work in the city center and live in nature, up to 70% of all city dwellers would leave the city. The clean air, the quiet. It’s worth trying it once, and you don’t want to go back to the city. But transport accessibility is the main problem. EFCO’s headquarters is located near Alekseevka in the Belgorod region, and everything suits us there, except one thing: the nearest large cities are about two hundred kilometers away, two hours by car. Aerotaxi can become a mass and affordable solution for increasing transport accessibility in Russia – fast, comfortable and environmentally friendly.” 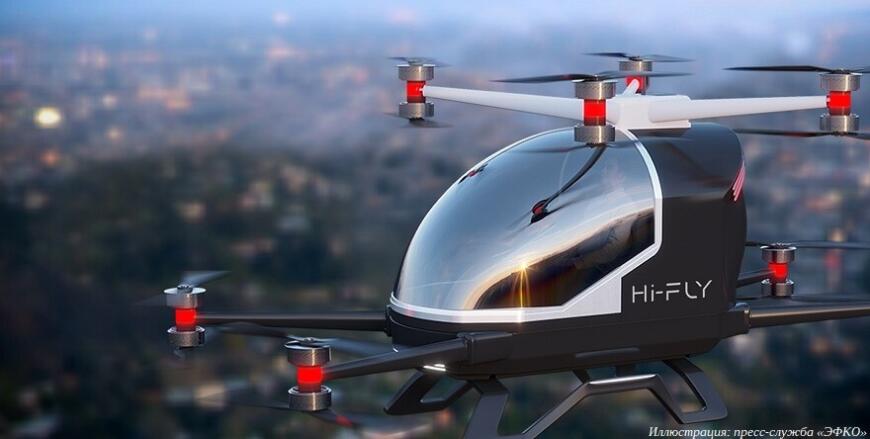 The first unmanned flight of Hi-Fly Taxi took place in October 2021, although flights in manual mode have been conducted since May this year. The current air cab version took less than one year to develop. The Hi-Fly Taxi prototype is designed as a multicopter with sixteen electric engines, arranged across the two axes. Such a scheme serves as a compromise between the good stability of schemes with the upper propeller arrangement and the high maneuverability of low-bearing versions. The system allegedly allows one to continue flying and safely land the cab even in the case of failure of up to four engines. 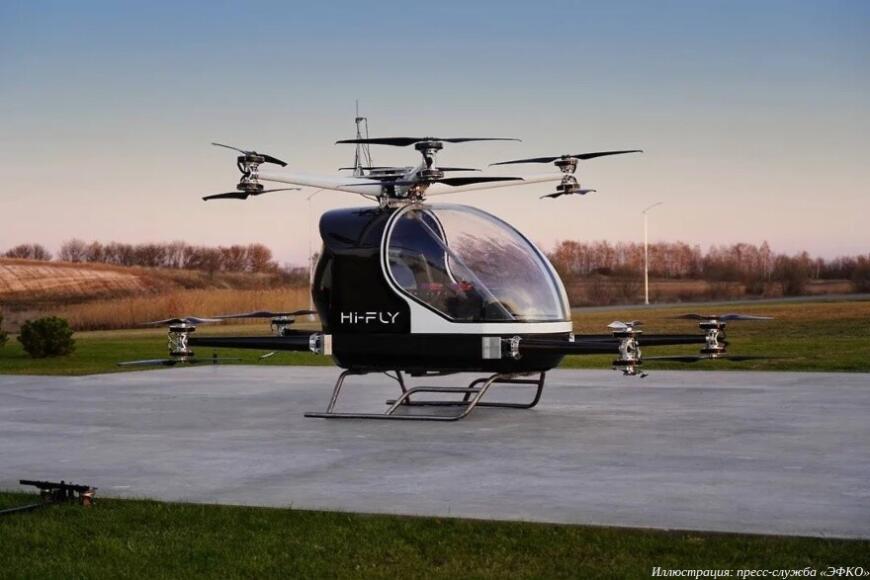 Lithium-ion batteries serve as power sources for the time being, in the future it is planned to transfer to alternative, more energy-consuming variants. This is being done in cooperation with the Institute of Solid State Physics of the Russian Academy of Sciences and other Russian scientists. 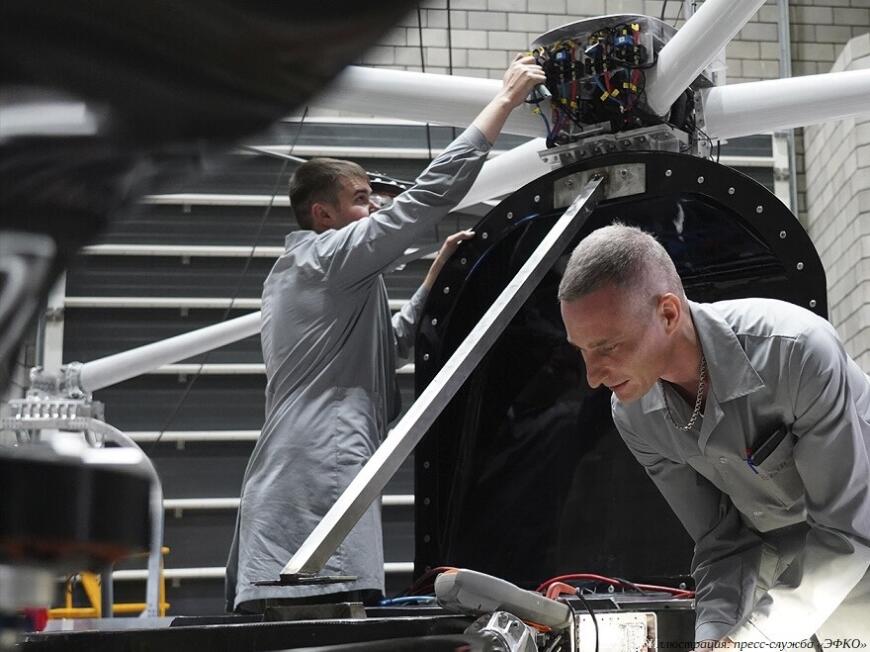 Investments in the first stage of the project amounted to over one billion rubles (more than $10 million at the time). The investments were used to create a design bureau, the center of experimental flights, the shop of composite materials, the assembly shop of the aircraft production, the testing center, and the laboratory of additive technologies were built. It is possible to check the printed products for compliance with the original 3D model with the help of metrological solutions, such as Scantech KSCAN Magic I (https://top3dshop.com/product/scantech-kscan-magic-3d-scanner). In addition, EFCO Group is creating the technological infrastructure for the commercial operation of drones, including command and control centers, landing sites, and service centers. 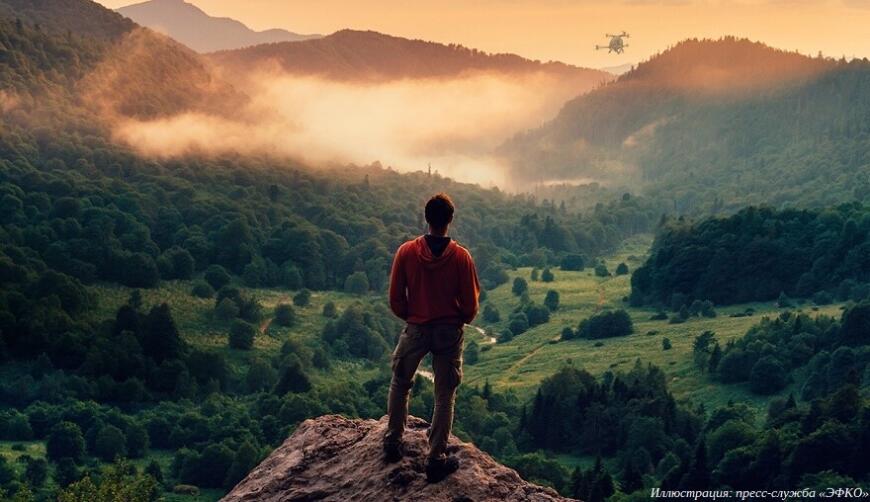 By the end of 2022, there are planned first Hi-Fly Taxi flights on dedicated routes in the Belgorod Region for distances of up to 50 km. For this purpose, the company, together with the government of the Belgorod region, intends to achieve the creation of an experimental legal regime for the flight of heavy unmanned aerial vehicles in the region. By 2024 it is planned to launch the cargo drones into serial production and commercial operation. By that time, the designers plan to bring the flight range up to 600 km, payload capacity up to 220 kg, flight time up to 180 minutes and speed up to 300 km/h. The first unmanned aero taxi flight from Alekseevka to Belgorod is planned for 2028.