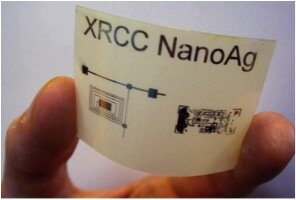 Technology advances at an exponential rate, and 3D printing is no exception. In fact, 3D printing seems to be hitting its stride now, with new advancements announced daily. “Simple” applications involving parts manufacturing, prototyping, dental work, jewelry, architecture and art have been consistently moving forward. It’s even making a move in medicine: 3D printing has already played a role in organ fabrication research. Anthony Atala and his team from the Wake Forest Institute for Regenerative Medicine in North Caroline have been working to develop miraculous medical applications. In fact, 30 functional bladders have been fabricated for patients.

There isn’t a doubt that this technology is very powerful, but what else can it do?

Aside from all these applications, I want to present a huge what if question in regards to 3D printing. If what I’m proposing follows through, the world will never be the same. What if 3D printing could be used to create renewable energy? I’m talking about printable, paper-thin solar strips for generating electricity. Let me elaborate. 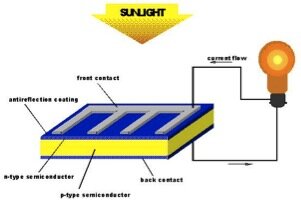 Xerox is in the process of developing a special type of silver-ink that melts at a temperature lower than plastic. Silver is one of the key elements to dielectrics, semiconductors, inductors, conductors, and various circuits. With the ability to print silver on to films, fabrics, and plastics, there is a strong potential for paper thin solar strips, adaptable sensors, and a wide variety of circuits — all of which could be printed on to paper thin materials!

“Xerox (NYSE: XRX) has announced its development of special silver inks which have a melting point below that of plastic. Crafted into different versions which can act as conductors, semiconductors, or dielectrics, this silver ink could allow users to print integrated circuits onto plastic, fabric, or film. (source: Aaron Saenz)”

Printing solar strips sounds pretty fascinating, but how would it work? To understand how 3D printing can work within solar energy, one must first understand the process behind photovoltaic (PV) solar energy.

In simple terms, PV solar panels involve a non-reflective layer of film, on top of a semiconductor which is sandwiched by a front and back contact terminal for the electric current to flow through.

Semiconductors involve three layers. The top layer consists of a positive-type silver or silicon. The bottom layer involves a negative-type silver or silicon. Between these layers is a junction where the positive and negative layers meet. When the positive and negative layers meet, they create an electric field. The actual process of generating solar power works like this: when photons (sunlight) hit this semiconductor, the photons break the bonds within the semiconductor. This broken bond leads to free floating electrons; when manipulated correctly, the electric current created within the junction will funnel the loose electrons through the front & back contact terminals, yielding an electric current that we can harness for energy.

Typically, silicon has been used as the semiconductor within PV solar cells. However, silver has been used as a semiconductor as well. Silver is much more conductive, and in many cases more cost effective. It is very expensive to dope, or mix, impurities such as phosphorous or boron with silicon. This process known as doping is necessary for preparing silicon for use within solar panels. Similar processes are required for silver, but in many cases it is more cost effective to use silver.

How does this all relate to 3D printing & Xerox’s engineered silver?

Theoretically, silver used in conjunction with FDM 3D printing and film could result in damage to the non-reflective film, as the heated silver might melt and warp the film. Currently, silver is not used in FDM printing at all. However, Xerox’s silver can be melted at a temperature lower than plastic and many films. If Xerox’s silver could be printed as a semiconductor, we would very likely be looking at paper thin PV solar strips. This would involve doping of this silver to make two different materials – positively charged silver and a negatively charged silver. This would be the key to 3D printable solar strips.

I want to emphasize this again: the technology isn’t here yet, but it just might be within the near future. This new class of silver isn’t widespread, and Xerox is still trying to develop the technology. However, don’t be too surprised if solar energy prices drop dramatically within the next few years! All we can do is wait to find out, but the sky is the limit!

Chris Waldo is a technology enthusiast and copywriter with a focus in 3D printing. He is currently working as the Content Manager for the 3D printing network, Kraftwurx. Follow him on Facebook or Twitter.
View all posts by Chris Waldo →