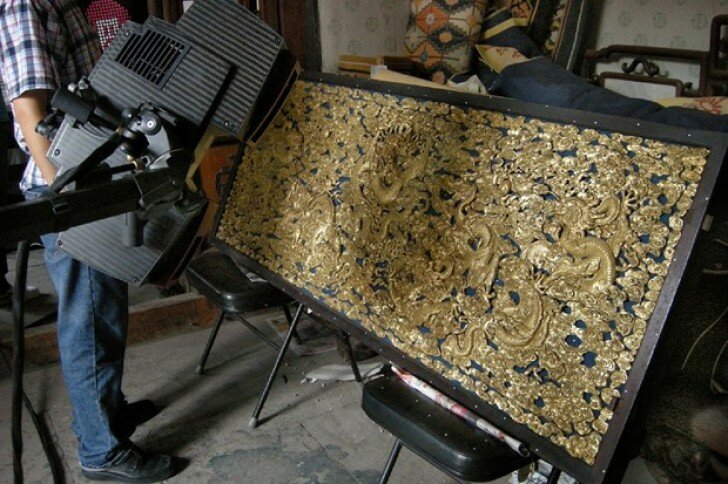 Museums around the world have been using 3D scanners and printers to digitize, repair and make copies of various pieces. And now we hear that designers at Loughborough University are using 3D printing to restore ancient artifacts from Beijing’s Forbidden City. The team is currently working on the ceiling and enclosure of a pavilion in the Emperor Qianlong Garden.

The traditional method of restoration requires that the relics be measured and photographed, and then repaired by hand. It’s a tedious process, and when something moves this slowly, it gets costly.

But now, the Loughborough designers are using laser and optical scanners to capture the shape of the original objects, then using 3D modeling programs to reverse engineer the damaged areas. Then, the object is produced on a 3D printer.

Loughborough Design School’s Dr. Ian Campbell, who is supervising the research, said: “We are delighted to be working with the museum, using this very modern and innovative technique to restore and safeguard some of China’s most important artefacts. There is real scope for this technique to be used in museums across the world.”

We agree. While people first think of using 3D printer for manufacturing or home applications, it’s actually a perfect application in the archaeological and paleontology fields. For example, The Smithsonian is using 3D printing technology to replicate some museum pieces and so they can show them at other locations. Some archeologists are able to nondestructively create replicas of bones from very old and fragile skeletons, allowing them to more safely handle them. And think about the ease with which a researcher could share a physical copy of let’s say a million year old skull with another researcher half-way around the world. 3D printing is the only efficient way to accomplish these things.