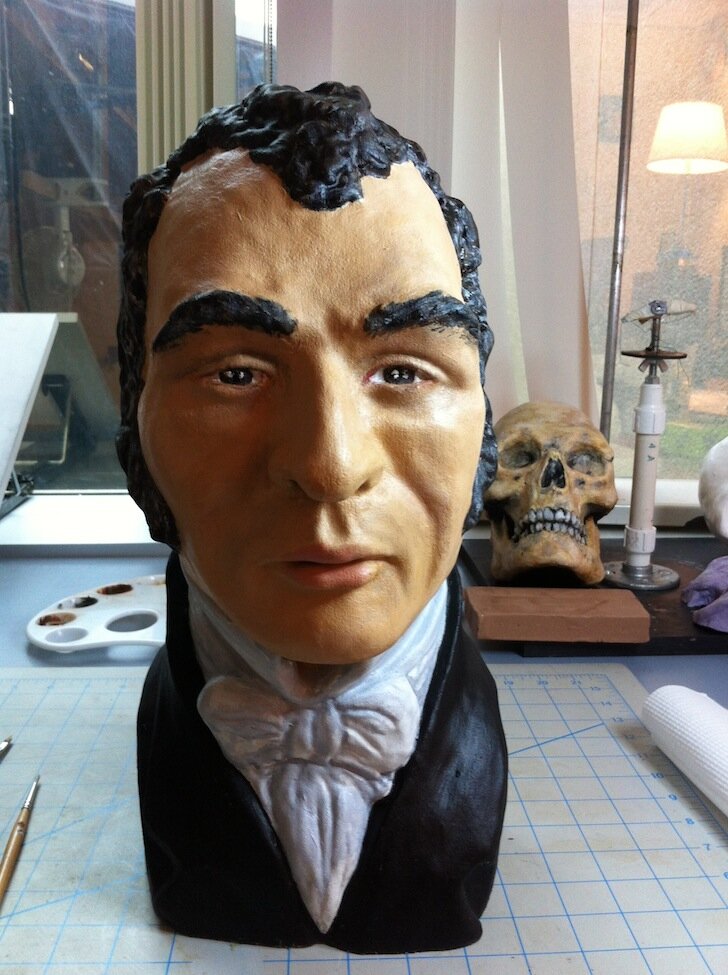 A lot of interest, both locally and more widely, was raised when archeologists came across a Jewish Cemetery on the Dutch Caribbean island of Sint Maarten, which dated from the early days of the Dutch settlements here.

The cemetery was discovered in the island’s capital of Philipsburg, right underneath modern developments in a built-up part of the town. But excavations discovered many burial plots and the Sint Maarten Archeological Center were able to recover a full set of remains.

Many Jews came to the Dutch colony in the 18th century to escape persecution in Europe and it is believed that the island once had a sizable Jewish Community and ruins of a Synagogue remain.

The Sint Maarten Archeological Center wanted something that they could show in their museum to reflect the important part the Hebrew community had played in the island’s development, so they contacted forensic artist Catayana Skory of Broward County Sheriff’s department in the United States for help.

The plan was to make a detailed and realistic facial representation of the unknown person whose remains had been recovered to display in the museum. The process is often used in cases where more recent remains are found in order to identify remain, and the Broward County Sheriff department are one of the few in the US, or worldwide for that matter, to have the skills needed–meaning they get requests from across the US and elsewhere. Although, this case was a little different, with not just a clay model needed for detective work, but something that could be displayed and would last through the centuries. This is where 3D printing proved to be invaluable.

The first step was to make a silicone model of the skull, based on the skull itself and its measurements. A biological profile was also made to give an idea of the exact race and features of the person.

From the silicone skull model, Catayana Skory considered what she knew about the biological profile and approximate age of the person at his death and modeled in clay the face by building up layers, including the muscle structure to give an accurate shape to it.

Now a sturdier, tougher model was required for the museum, for the ages. Duplicating the clay model though in a tougher material through a 3D printing service seemed the only option, so Catayana contacted rapid prototyping company EMS to use their expertise and equipment to recreate the model with a 3D printer.

The 3D printing service in fact first used a handheld 3D scanner to scan the clay model, catching every detail. From there, the scan data was easy enough to process and the 3D printing itself was accomplished with a click of a button, sending the face to a Z Printer 3D printer. Although the Z Printer can provide a full color 3D print, the face was printed fully in white, to be then hand-painted by Catayana. The finished model back to Sint Maarten where it is now proudly displayed.

3D scanning the clay bust of the recovered ancestor

The silicone model and the clay model, side by side.

Igor consults for EMS, Inc., premier providers of 3D scanning and 3D printing service, product design and rapid prototyping products and services. EMS, Inc. is based in Tampa, FL and has offices in Atlanta, GA and Auburn Hills, MI.
View all posts by Igor Bubis →