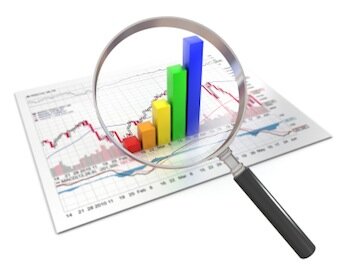 Please check out our new 3D Printing Investment Guide for 2013.

Woulda, could, shoulda…. Think back on all the companies whose technology or products you just knew were going to make it in the marketplace. You might have even used the companies’ products yourself. Darnit, if you’d only bought the stock, right? You may have owned an Apple computer way back when, but didn’t buy the stock then. You saw Software As A Service (SAAS) companies like Salesforce.com flourishing, but didn’t invest — then Cloud Computing became the buzzword of the year. What about Amazon — did you buy Amazon back in the day when the stock was in the single digits? We all have regrets like this.

But if you are the type of person who is able to understand where technology is headed, if you seem to “get things” more quickly than others, you should consider investing in what your gut is telling you about the future (of course, do your due diligence on the company). If you can pick the leaders in emerging technologies, you can profit handsomely. But it takes guts to do this, because to get in early means you are going against the crowd who doesn’t see what you see.

So here we are in 2011, with sundry technologies converging in a manner that will propel 3D printing into the revolutionary status futurists have long envisioned. Commercial 3D printers for prototyping and production, 3D office printers for rapid design, sub-$1,500 3D printers for hobbyists, 3D printer services for users with 3D modeling tools but no 3D printer…from the expensive industrial level 3D printer to the the DIY 3D printer, it’s a disruptive technology so huge it will change the world before we know it.

But the interesting thing is that so few people know anything about 3D printing. When I mention it, I almost always hear, “what’s that?” That, my friend, spells opportunity.

We have the opportunity to invest in some of the companies that are a part of the 3D printing disruption of traditional manufacturing. But, invest where? If you are a venture capital company, you can invest in many new companies before they even get off the ground. But the rest of us don’t have that opportunity, nor do most of us have the net worth to handle the risk exposure of such young companies. So that leaves us with publicly traded companies. Unfortunately, there are few public companies that are pure plays on 3D printing. Still, we have some great choices. Let’s take a look at them.

Of all the great companies out there we read about that make 3D printers, I have only found two that are public. If you have been reading anything at all about 3D technology, you have doubtless heard of them. Explaining what each company does, specifically, is too much for this article, so please visit their websites for more information:

Update: On 4/16/12 Stratasys merged with Objet, another leading 3D printer maker, which was privately held at the time. This now makes Stratasys the largest 3D printer company in the world.

That was the physical 3D printing side of things. But there is also the whole design side. Every 3D printed object has to be designed and sent to the printer in a format it understands. Initially, there were only difficult-to-use, very complex Computer Aided Design (CAD) systems like AutoCAD. Then came Solidworks, the popular program that my daughter uses in her Biomedical Engineering major, and used by millions of 3D designers. As programming capabilities progressed and Moore’s Law continued to increase computer performance, incredible, lighter-weight 3D design software was developed. There are an enormous number of tools, some very expensive, some inexpensive and some open source.

The closest thing to a pure play investment in this area is Autodesk, which makes a number of 3D modeling programs. The other stock I’ve chosen, Dassault Systemes, is not a pure play, but it is the maker of the much used and highly-regarded Solidworks. This is a french company, but you can by it through an American Depository Receipt (ADR) at any brokerage. As for the rest of the company, it’s all 3D applications, just not necessarily 3D modeling for physical output.

Autodesk, Inc., is a leader in 3D design, engineering and entertainment software. Customers across the manufacturing, architecture, building, construction, and media and entertainment industries — including the last 16 Academy Award winners for Best Visual Effects — use Autodesk software to design, visualize and simulate their ideas. Since its introduction of AutoCAD software in 1982, Autodesk continues to develop the broadest portfolio of state-of-the-art software for global markets.

As a world leader in 3D and Product Lifecycle Management (PLM) solutions, Dassault Systèmes brings value to more than 130,000 customers in 80 countries. A pioneer in the 3D software market since 1981, Dassault Systèmes applications provide a 3D vision of the entire lifecycle of products from conception to maintenance to recycling. The Dassault Systèmes portfolio consists of CATIA for designing the virtual product – SolidWorks for 3D mechanical design – DELMIA for virtual production – SIMULIA for virtual testing – ENOVIA for global collaborative lifecycle management, EXALEAD for search-based applications and 3DVIA for online 3D lifelike experiences.

I’m not a stock analyst or financial advisor and I won’t get into the PE ratios, earnings estimates and so forth of these companies. That’s for you or your investment advisor to research. I’m just here to let believers in 3D printer technology understand where they can invest if they are so inclined. For full disclosure, I also need to mention that I own shares in all four of the companies mentioned, and intend on purchasing more shares in one or more of them in the future.

These are the biggest players I could find that are very involved in the 3D printing world, and are investable from within the United States. There may be others and I am very interested to hear about them if you have any to share. I am also interested in companies that might not be so obvious, but will benefit from the 3D printing revolution. Please use the comments section to let me know what ideas you might have.

It’s spellbinding enough to watch the technology take off, but it sure is a lot more fun if you can put your prescient knowledge to u)e and make some money while you are at it.)

After writing this article, I’ve discovered a newly public 3D bioprinting company named Organovo. Today we published an article on them entitled, Organovo: the Bioprinting Pioneer to Watch,

The market leader in bioprinting is Organovo Holdings. The San Diego, CA company was initially set up by a research group lead by Professor Gabor Forgacs from the University of Missouri, and was recently listed in the MIT Technology Review’s 2012 TR50 List of the World’s Most Innovative Companies. It’s speculative, and as of this writing last traded over-the-counter at $2.50 a share. (OTCQB: ONVO)