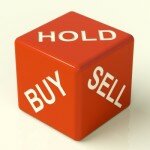 This morning brought news that 3D Printing stocks were falling on lower than expected projections from one of the industry leaders, Stratasys.  Although the company is projecting increases in revenue as the markets for 3D Printing technology grow, it’s expected that EPS will be lower than expected due to increased investment in sales/marketing and R&D.   Numbers for the leaders were:  3D Systems (DDD -1.2% premarket), ExOne (XONE -2.5%), and Voxeljet (VJET -1.7%) and Stratasys (SSYS -4.4%).  These lower numbers are hardly a sell-off and the slightly lower prices don’t dictate running out and gobbling up 3D Printing stocks at “bargain” prices.

Among traditional investors, 3D Printing stocks are still seen as at an industry high and stock prices indicate quite high valuations.  Of course, these high valuations are partially based on the media hype surrounding the technology.  When even the President of the United States is mentioning 3D Printing in the State of the Union Address, we know the industry is in the spotlight.

While the hype tends to make it sound like exotic things like body parts are being 3D Printed for the masses here and now and that it’s as easy to 3D Print as the StarTrek Replicator, the truth is that 3D Printing is a disruptive technology for a number of reasons.  First, the smaller home machines, of which Stratasys MakerBot division is the darling of makers and hackers, will bring fabrication to the home, school and office.  The ability to 3D Print many items will change the way consumers shop, with resulting impact on our entire notion of retail business.

Secondly, Avi Reichental, 3D Systems CEO, repeatedly reminds us that the real market driver is industrial applications.  And 3D Printers’ ability to be integrated into the factory floor is growing beyond just rapid prototyping, or production of mass customized or complex parts. 3D Systems push toward 3D Printing 2.0 with expanded capabilities is leading the way to the factory of the future.

3D Systems also understands that as with apps for the iPhone, content is king.  Companies are springing up [many of whom are being gobbled up by industry leaders] that make 3D Printing easy for the mainstream market.

So yes, stock prices have gone down a bit, but IMHO we’re just at the beginning of the industry that despite the hype will surely change our lives.