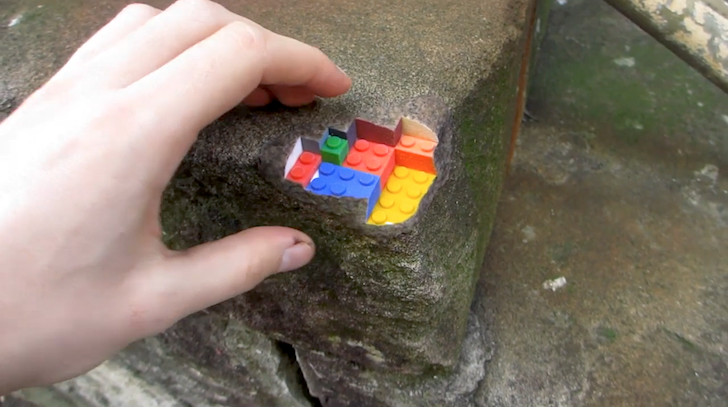 This is adorable. As controversial as urban gorilla art is, are there people that will have problems with urban gorilla repair? Probably. The Urban Repair Squad gets some grief over their adding of crosswalks, bike lanes, and other hazard markers to public roads. But who will complain about a chipped brick being made into a toy? If I was seven and I saw that, my parents would have a hard time convincing me that construction workers don’t spend their days assembling Lego buildings.

Unfortunately this isn’t the most accessible form of artistic expression, as the software and printer involved are fairly pricey; 3D Max alone is $3,500, and I’m not sure what printer was used but it looks like ZPrinter quality. Greg Petchkovsky makes it look easy, but he employed only a few techniques to achieve his mold. Even with a personal 3D printer you could do something similar, you’d just have to paint it.

I hope this becomes a trend. Some will inevitably call it defacement and graffiti, and some have no taste. Art in galleries is fine, but sometimes street art is all I can afford.