Over the last 40 years, America has lost her edge in manufacturing, handing the leadership position over to China. Our increasingly expensive labor costs and suffocating regulations have cost us dearly, transforming our once great industrial nation into a net importer of goods and exporter of dollars.

Make no mistake: these manufacturing jobs are not coming back, as the politicians have no willpower to fix the underlying problems. 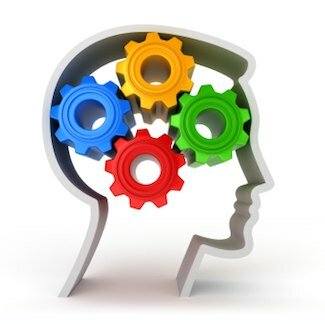 The very good news is that it won’t be long until manufacturing as we know it is dead, and the decades of America expensively importing products from overseas will come to an end. But if we will be importing less and manufacturing less, you might ask, where will we then get our goods? The products will come from 3D printers, not assembly lines. Whether it be a line of 3D printers at a “factory,” or a 3D printer at your local 3D printing product dispensary (think Kinkos), or a desktop 3D printer right in your own home, many products will go from 3D design to product, with no intervening production methods.

Creative and industrious Americans will no longer be challenged by the low-cost assembly line workers of Southeast Asia and third world countries. It will be ingenuity versus ingenuity, and there is no nation on earth with the inventiveness found on such a massive scale as in America. Given our roots — the generations of free thinkers, risk takers and adventurers that came before us — it’s simply in our DNA.

The revolution of the 3D printer has already begun, and most people don’t even know it. They don’t see how rapid prototyping with 3D printers over the last two decades has accelerated product design, how it has unleashed designers to experiment with new ideas and limitless modifications. It used to cost tens or hundreds of thousands of dollars for tool and die makers to create a prototype; now, a designer or engineer simply creates a CAD file and sends it to his 3D printer. If he wants to modify the design, he makes a change with the 3D modeling software, and reprints it.

From Prototyping to Production

But here is the kicker: 3D printing is now moving from prototyping to production. Rather than gearing up for a big run to mass-produce a single item, some companies are either printing the item one-off, on demand, or in smaller runs as needed. No waste, less cost, and infinitely more efficient. Yes, we are just in the early stages of this, but look for momentum to gain quickly as the cost of commercial 3D printers come down, and their ability to print items with multiple materials improves.

As the cost of home 3D printers breaks the $1,000 mark, look for consumers to print their own small items. Hobbyists and others on the bleeding edge of technology are already doing this. Need a part for your vacuum cleaner? Just download the file and print it yourself. Retailing will never be the same.

Keep in mind that the world-changing revolution in manufacturing is just one area of the 3D printer revolution. In medicine, we’ll print organs cell by cell; we’ve already printed blood vessels. The military can print some of what they need on location around the world. Artists are already blowing people’s minds with their 3D creations made at online 3D printing services such as Shapeways.com.

Do not make the mistake of thinking that 3D printing is just another technology breakthrough. It’s immensely more of a game-changer than that — it’s another industrial revolution. The economic balance of the world will change. Lives of people worldwide will be improved. Inefficient shipping of raw materials and finished goods will slow. Fewer natural resources will be wasted. Yet, more products will be available, anywhere, to anyone.

For America, 3D printing means we can stop the madness of importing mo many of our products from other countries. Once 3D printers are in full production mode in our businesses, we’ll dispense with the overseas manufacturing step and create the products right here at home. The money saved by not having to import products halfway around the world, plus the increased employment at home, will help the country to crawl out of the hole its dug for itself.

Below is a very interesting, short video on the same subject. It’s Forbes’ Rich Karlgaard interviewing Autodesk’s CTO, Jeff Kowalski. Autodesk is a world leader of 3D design software for manufacturing, building, construction, engineering and entertainment, and the Autodesk product is the leading high end design program for industrial 3D printers. So he’s intimately familiar with this subject. Listen in as Kowalski offers his view of the future of 3D printing, and how it can bring a rusted America back to its shining glory.

Mark is the founder of 3DPrinter.net. He encourages anyone reading this to submit their own article for publication. Connect with him on his Google+ account. View all posts by Mark Fleming »
« Urbee: the World’s First 3D Printed Car
Experience Evolution with 3D Modeling and 3D Printing at EndlessForms.com »

5 Responses to “How 3D Printing Will Save America”


Leave a Reply to Solidoodle on 3DPrinter.net | Solidoodle Cancel reply