“This is like Star Trek: Next Generation…” See, I’m not crazy, you heard it from a professor in the School of Mechanical and Materials Engineering at Washington State University, Amit Bandyopadhyay, the guy doing the next-generation stuff. It seems the aerospace industry is jumping on 3D printing like an 8 year old on a Christmas Lego set (if this were the nineties and Xbox didn’t exist). In only three months there have been three astronomical announcements from NASA, and this is surely only the beginning for an Administration that’s always strapped for cash and needing to increase efficiencies. 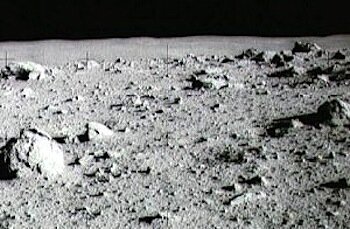 Thank goodness the moon isn’t made of cheese after all.

SpiderFab is NASA’s project dedicated to researching the path to printing satellites and other space contraptions in orbit, the Space Launch System is their project testing printed rocket components, and now they’re having success with printing things out of space materials, which is actually a facet of SpiderFab too (in-situ resource utilization). Amit was tasked to print objects out of a material that simulates lunar regolith using laser engineered net shaping (LENS), and though the results look a little rough, they’re results! The objects seem to be without cracks and hold together well. From moondust!

This is especially promising because it’s evidence that lunar structures can be built with very little materials besides the ground they’ll sit on. Additionally, both lunar and Mars dust are rather erosive and dangerous to humans, so the farther we softies can be from moon- and Mars-material construction, the better. This technology can also be used to repair broken tools and such that weren’t produced with the tech, extending its general usefulness as stuff tends to break in space. As this and the other 3D printing-oriented NASA projects mature, we’re going to start seeing some serious testing of actual printing on the moon, and then we’re a few short months away from lunar resorts! Anyone know a good moon real estate agent?