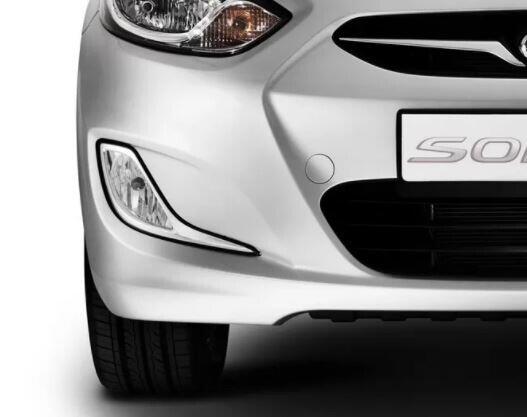 My friend, for work, constantly have to drive a lot, including at night. His way goes through places where there is no lighting the word completely. Around the field and total darkness. Headlights are badly lacking, eyes are tired, concentration is lost. A nearly hit fox on the road was the last straw in my patience. Over a drink of tea he said to me – but make me fog lights with LED lenses. On sale is only one substitute at a price of 18 thousand for a pair. Well, why not try it.

This is where I made the mistake of letting my friend buy the fog lights he liked on his own. They bought round headlights that did not physically fit in the regular places to install them on the car.

Let’s work with what we have)

So, let’s move directly to the design.

Step one is reverse engineering.

In order to combine the incompatible, I purchased a regular bumper plug.

This is where the second big disappointment awaited me. Even on my not so small printer it was impossible to print it in one piece. 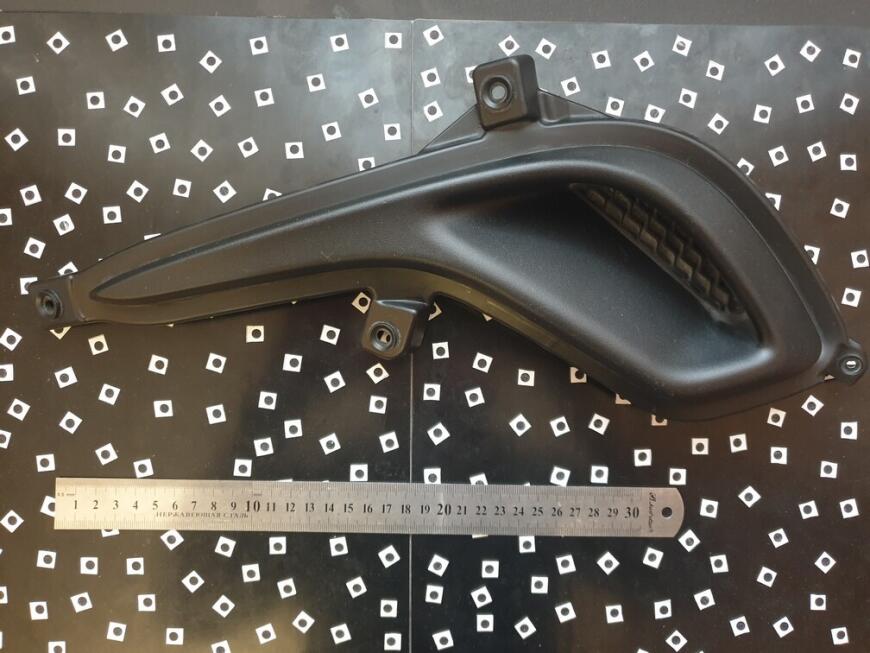 I didn’t take a picture of the scanning process, but it’s pretty simple – apply matting spray and step by step scan the object from all the sides we want. Gluing into an object from a cloud of dots is done directly in the standard scanner software ScanCenter NG.

A little about the scanner itself (not advertising) – the baby NEO, despite its relatively modest price (compared to others in its price category) has a very high accuracy. If I have moments when reverse engineering that the caliper readings differ from my scan, then the caliper is to blame)

But all is not so smooth with the NEO – it is very uncomfortable to work with. Any displacement of the scanner – recalibrate, the area of object capture is very small, scans rather slowly on my iron. But the accuracy is very good in comparison with the Chinese analogues.

So, the scanned parts of the object are transferred to Blander. The ripples on the scan are from unevenly applied matting spray (that’s a matter of accuracy, it picks up even uneven talcum powder on the part). 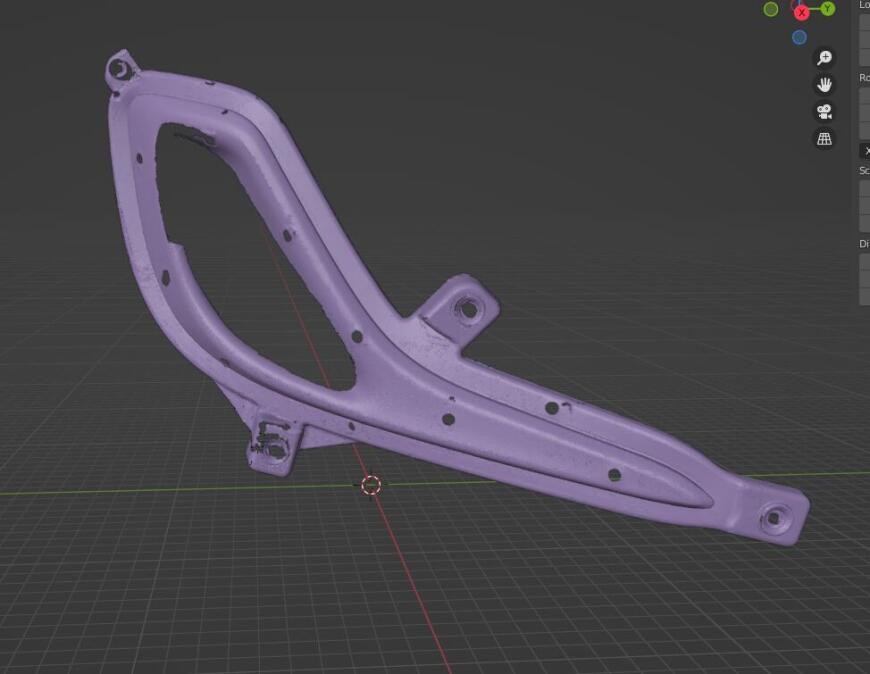 I do retopology of complex objects in Blender for several reasons. First, I came into the world of 3D printing from polygonal modeling, and second, when working with complex shapes and not perfect scans it comes out much faster and you can reproduce any shape very accurately.

I modeled the lantern in Siemens NX (I will explain why I used that particular program below).

So we have two objects that need to be merged with each other. 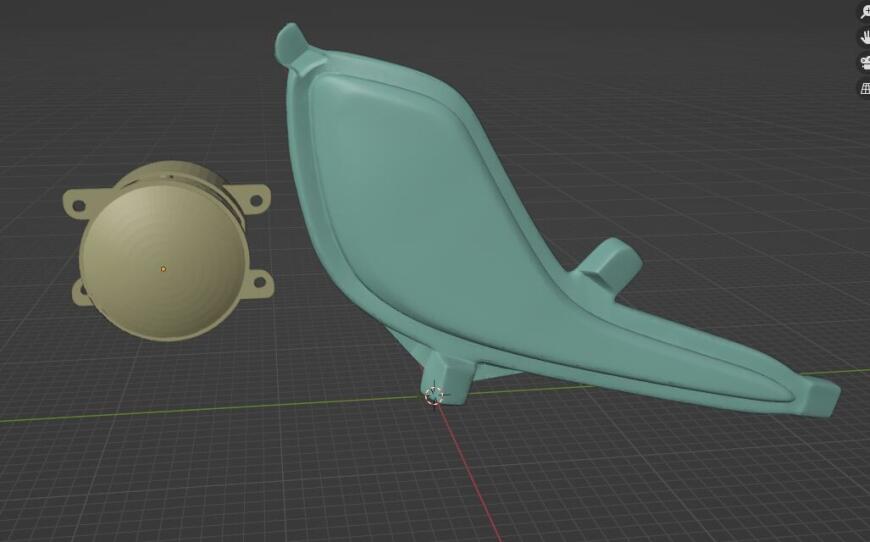 Step two is to combine what doesn’t fit

The model was aligned “by eye” to the car reference and started combining the not combining. In the course of the work it became clear that with a standard PTF mount you can’t make oatmeal, and it was decided to design a new one on the spot.

As a result the first option looks like this:

Let’s save everything in STL and switch to Siemens NX.

And now the actual explanation of why it is. Before this project I had never used this program and worked with Fusion 360 and Compass 3D. But this program really won my heart. Fast, intuitive interface, which I mastered enough in just 2-3 days. And most importantly, it knows how to work with normal STL objects like solids! Personally, it was a breath of fresh air for me, who love polygonal modeling.

In this program I finalize the missing mounting holes, create a new fixture for the headlight hull, and split the object into 2 parts to fit on my build plate.

I will write about the “magnificent” Qidi i-fast printer sometime in a separate review. This miracle of engineering is worthy of a separate article. I tried to write it several times, but now and then I found the review consists entirely of swear words. And when I think how much money it cost me I want to cry immediately and go on a binge.

In general, the finished fitting result. Why yellow? I took a spare coil I didn’t need and got it.) 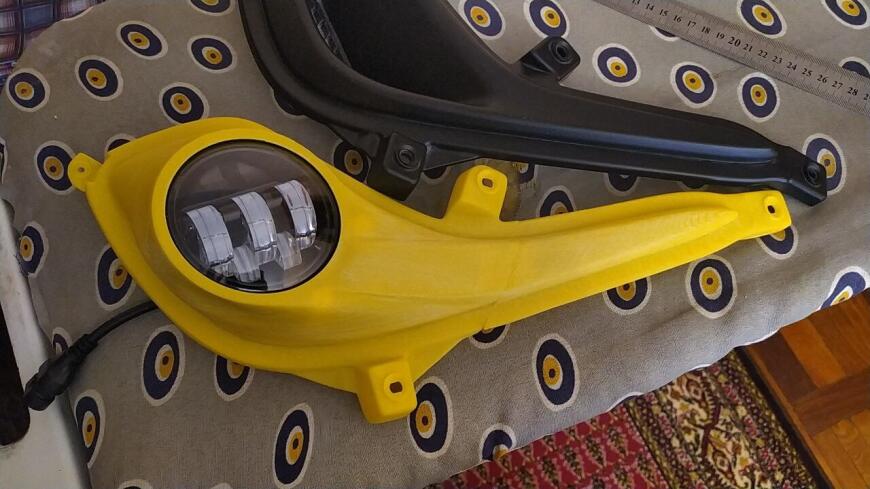 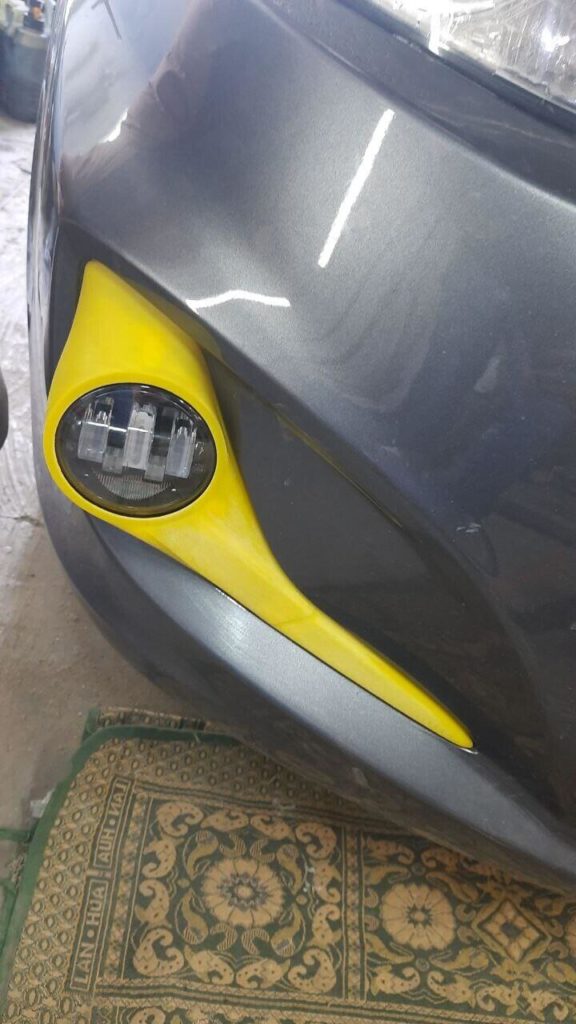 The result turned out, in my opinion, interesting. Looking ahead I must say that this “fitting” version has some disadvantages – the light is a little high, but in the right direction, and the ears of the bumper mounting had to be strengthened. But about that in the second part which I hope will be released soon. Now the new version is tested in “combat conditions”. And in the future it will be painted and sold. While trying it on, have already received several orders for the same)

3D Scanners Reviews 0
An overview of the EinScan H 3D scanner from Shining 3D. Find out what