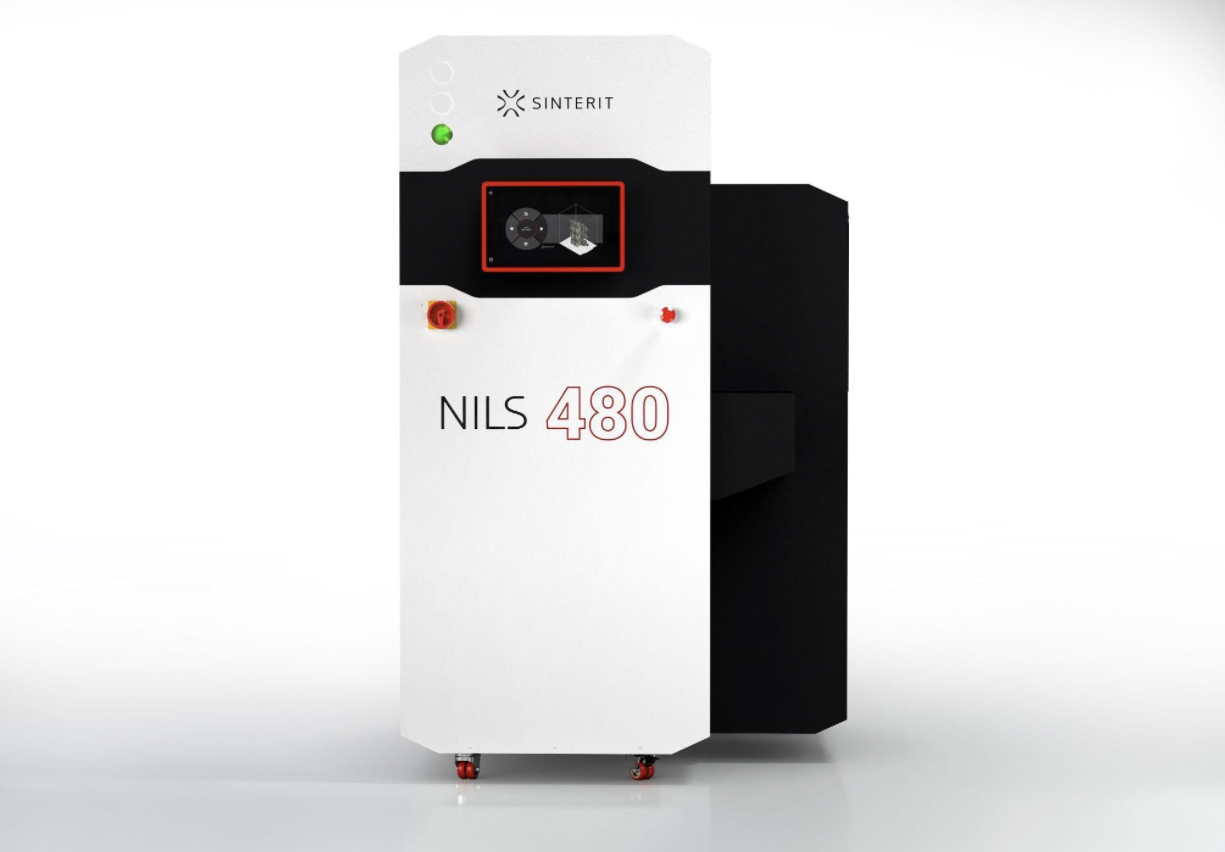 Polish 3D printing company Sinterit is moving into industrial 3D printing with the NILS 480 (https://top3dshop.com/product/sinterit-nils-480-3d-printer), which will be presented in detail for the first time in a webinar on Sept. 15. The build volume is 200 x 200 x 330 mm. Sinterit aims to make industrial 3D printing more accessible with the NILS 480.
Sinterit, a manufacturer of SLS 3D printers based in Poland, has unveiled an industrial 3D printing system. The New Industrial Laser Sintering (NILS) 480 system offers more build volume and improved print speed compared to other models. It is considered an accessible option for those looking to move into volume production, Sinterit promises. Sinterit also sees its new 3D printer model as a challenge to conventional industrial machines, promising users “an ROI in 40 days.”

“After selling over 1,000 compact systems worldwide, we decided to reinvent the industrial-grade printer. Starting with the compact Lisa raised the bar for us. Our goal has always been to deliver the highest SLS quality, but also to make this technology widely available. With an achievable price in mind, NILS 480 draws from that experience.”

Details of the NILS 480 3D Printer

Sinterit explains that users can produce larger quantities of smaller parts or larger one-offs with the NILS 480. The system offers users a build volume of 200 x 200 x 330 mm, making it larger and more powerful than Sinterit’s 150 x 200 x 260 mm Lisa PRO. The system is said to offer an industrial build speed that can print an entire part bed in a single day when used at top speed. The company has also introduced Sinterit Lisa 2, another 3D printer model in the Lisa line.

Exact specifications of the NILS 480 are not yet known, but there were glimpses of the machine’s price and compatibility. The system’s material range can meet the “main needs of key industries” and can address many applications from the start with its extensive existing powder range. In April, Sinterit announced new polypropylene 3D printer material for SLS 3D printing. Sinterit has not yet announced exactly how much the NILS 480 will cost, but stated that when it is released, it will “open a new price chapter that will make industrial printers more accessible.” The company plans to begin shipping the industrial-grade offering in 2022. On September 15, 2021, Sinterit will present the NILS 480 system in detail during a webinar. Interested parties can register for the webinar here.