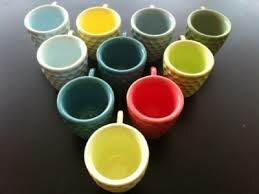 Although some members of the 3D community have been shouting about the dangers of larger companies gobbling up smaller 3D printing businesses, the march to conglomeration continues.  It was announced today that the current 3D printing megalith 3D Systems has absorbed yet another company involved in the industry.

3D systems have acquired the Figulo Corporation, a 3D company that operates a cloud-based ceramics printing service.  The company was already tied to 3D systems as they relied heavily on 3D systems ColorJet Printing systems to produce their on demand ceramic items.  While some may lament the removing of yet another small competitor from the market, Figulo CEO Andrew Jeffery was optimistic saying “I couldn’t think of a better home for Figulo than 3DS.  This is a dram combination of 3D Systems powerful CIP full color technology and Figulo’s extensive ceramic materials and process know-how to accelerate online and at home adoption and to unleash the full potential of professional and consumer ceramic 3D printing.”

3D systems were equally pleased with the purchase saying it would “significantly extend their materials and process expertise” and could “fast track the commercialization of ceramic 3D printers.”

This was however not good news for Shapeways, which was offering Figulo’s 3D printing through their online service bureau.  While this doesn’t put Shapeways out of business it does remove one of their more popular offerings.