When the City of Barcelona planned to host Fab10, the 10th International meeting of the Fab Lab Network, they chose sustainability as the conference theme.  Many of the Fab Labs attending from the 350 groups worldwide showed designs and projects that fit into the theme but perhaps none as powerful as the entry from WoeLab.  Their Afate #3DPrinter so captured the imaginations of the more than 1000 Fab10 attendees that it won 1st place in the FabAward contest as best project coming out of a Fab Lab. 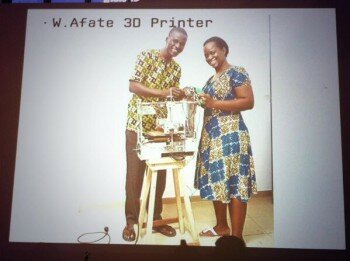 The WoeLab is located in the small African nation of Togo.  It seems industrialized countries from Europe and the Americas send their electronic garbage or eWaste to Africa since it is hazardous for disposal!  Much of the eWaste is salvaged and then re-sold, creating health issues for the citizens who eek out a living in these dumps. 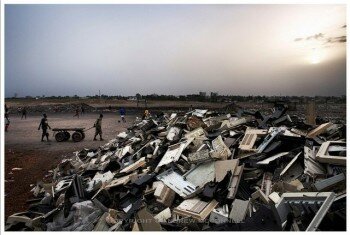 Last year on the Ulule Crowdfunding platform, WoeLab raised the funds to create a 3D Printer from some of this scrap.  This Infograhic from the campaign shows the horrors thrust upon the country from the eWaste problem: 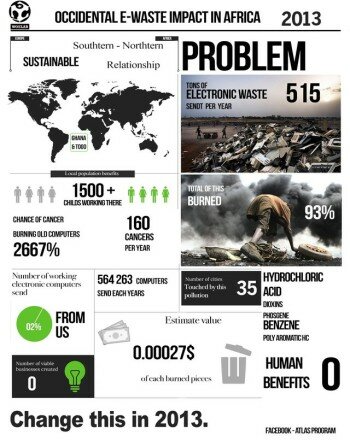 At the Fab10 Conference in Barcelona this past week, WoeLab demonstrated a working model of the 3D Printer which was voted the best project coming out of the Fab Lab Network.  For more information on this inspiraiton project, check out Fab10’s official website.