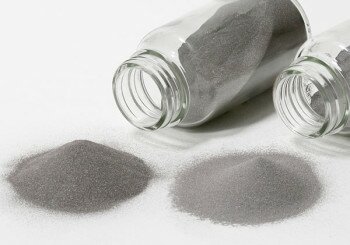 While we have previously covered the availability of titanium for 3D printing, it seemed like a material destined only for governments and large corporations until this week.

A company called Metalysis, based out of the United Kingdom, has hit a breakthrough and has developed a low-cost titanium powder that can be used in 3D printing.  Current costs of titanium powders for 3D printing range anywhere from $200 to $400 dollars per kilogram.  That is fairly cost prohibitive for any practical use of the metal.  Metalysis believes their new production method can lower the costs of this metallic powder by up to 75%.  If they can pull this off, the new pricing will make 3D printed titanium parts, like automotive parts, a real possibility.

Metalysis’s new production method would use a form of electrolysis to transform the naturally occurring form of titanium, rutile, into a powder.  Because this is a direct conversion, they even have the ability to alter the size of the final grain, as well as its overall purity.  They also believe they can continually operate the process, lowering production costs involved in starting and stopping a batch being processed.

The UK-based company has already confirmed they are in talks with several potential partners to build a new titanium plant to produce this low-cost powder.  They have also already been contacted by several high profile auto manufacturers in the UK and Europe who are interested in possible uses of their product.

If they are able to pull off everything they claim, this could be the next step in making people recognize 3D printing is for more than just plastics.