Since I started writing for 3DPrinter.net I’ve tried to experience as much 3D printing as possible. Between my visits to The 3D Printing Store, Phoenix Analysis and Design Technologies, and Chicago’s Inside 3D Printing Conference and Expo I’ve seen quite a few printers and printed goods. But I hadn’t been to a Maker Faire. I suppose I still haven’t been to a Maker Faire, but I have been to the NoCo (Northern Colorado) Mini Maker Faire.

Loveland, being nestled right against the Rockies, is a beautiful place to visit. Autumn has brought its golden touch to the tree-dense town. There are still recovery efforts going on in response to the recent flooding, with FEMA trailers in the parking lot of the facility where the Faire was taking place. A volunteer told us the main parking lot was already full, and we arrived only 20 minutes after the doors opened so it was clearly a good turnout. For an event with Mini in the title, there were a lot of booths filling the large area. There were a lot of robots. Robotics and fabrication tools like CNC machines and 3D printers were probably the most prolific. Any booth with a 3D printer consistently had a crowd; I don’t know if it’s the precise motion or the electric whir or both, but a working 3D printer turns heads.

Plenty of booths were occupied by other makers armed with fabrics, wood, Arduino boards, electromagnets, and LEDs, but I was there for the printers. The first booth I stopped at was for Trimble, owners of SketchUp. The operator spoke to me about some of the printed models that were created with SketchUp, including a posable robot figurine. We also discussed Stratasys acquiring MakerBot, and how they’ll be competing with 3D Systems’ Cube; this will lead to more intuitive, powerful, and affordable printers. He said Trimble has plans to incorporate more 3D printing functionality into SketchUp to keep up with user demand. A MakerBot sat dutifully printing a Stephen Colbert bust on a back table. 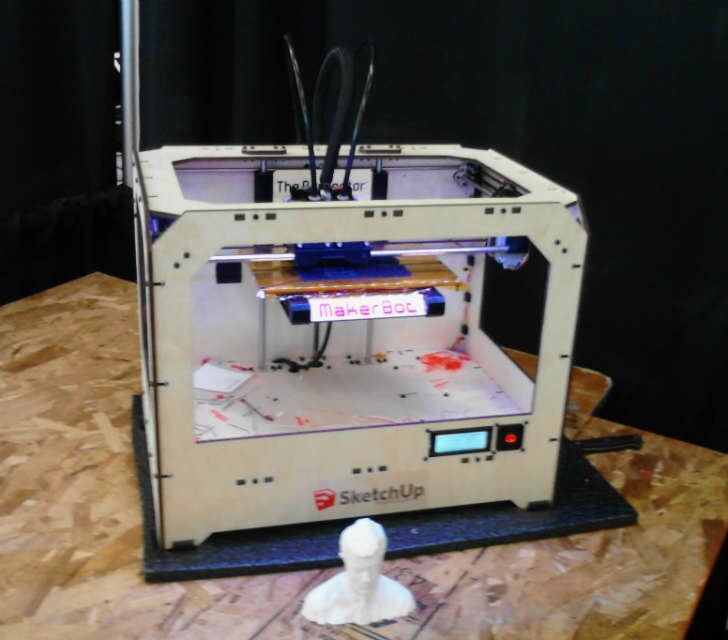 Fort Collins-based Ez3D was there showing off their crowdfunded Phoenix printer. Their focus is on affordable ease of use, so the Phoenix has its own software and it’s $399 assembled. The creators were demonstrating the print recovery function by forcing a print to fail. That’s not something other printers can do.

Colorado State University Fab Lab was there informing inquisitors about their programs and services. There was a RepRap printing some fancy math art. CSU students have access to a Dimension uPrint Plus as well, which is great for engineering projects. 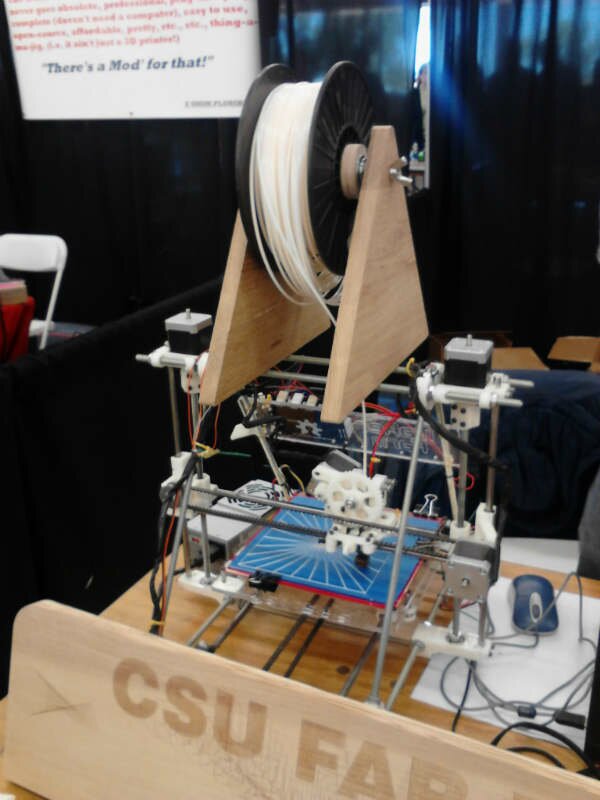 A few engineering and product development firms were there to show off their services, Vergent Products being one of them. They develop, produce, and assemble prototypes, circuitry, and end use goods. When I said “That looks like a LulzBot,” I was met with “Yes, it’s a TK-0 model we built ourselves.” 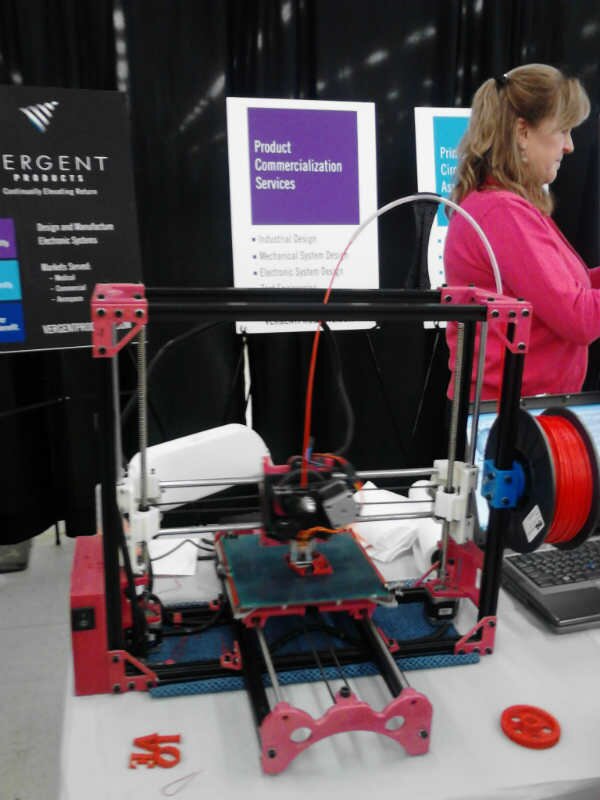 Several booths were occupied by student organizations, which is encouraging. Among them was Metropolitan State University of Denver’s Art and Design with their Disruptive Fabrication Research Lab. Students are taught how to use laser cutters, CNC machines, and 3D printers. Their Ultimaker was hard at work. 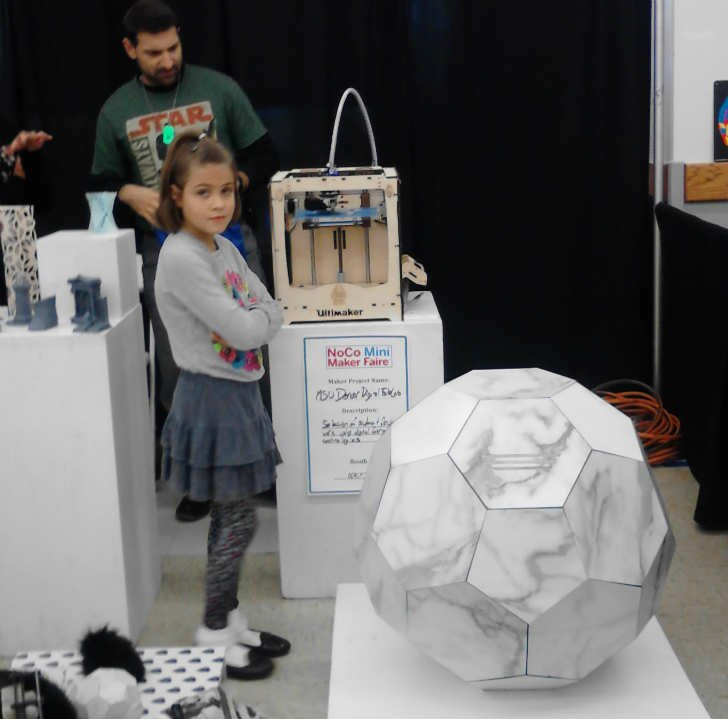 I was glad to see several hackerspaces there, a couple of which I wasn’t familiar with. TinkerMill is a non-profit hackerspace in Longmont that offers makers a helpful community. Members have access to tools, routers, electrical equipment, and a 3D printer, as well as the expertise of other members. They had a large SeeMeCNC Rostock printer on display. 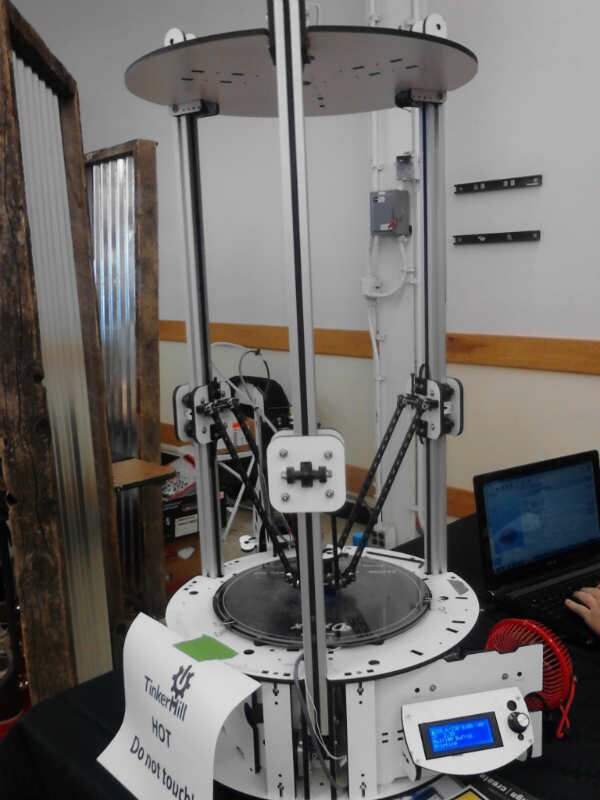 Another hackerspace in attendance was the Denver-based Concoctory. This place is also a retail shop for DIY gear, Arduino, and lock pick kits. They host workshops on soldering, microcontrollers, and various forms of fabricating. And of course they have a Replicator 2. 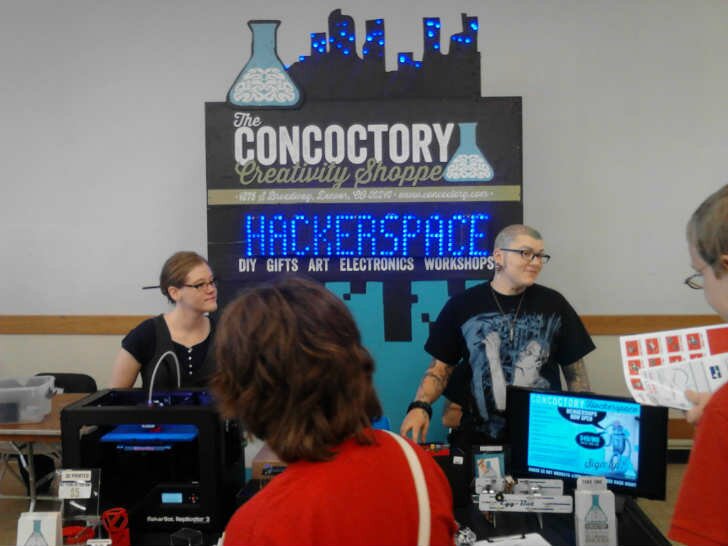 Of course Afinia was there with their easy to use printer. 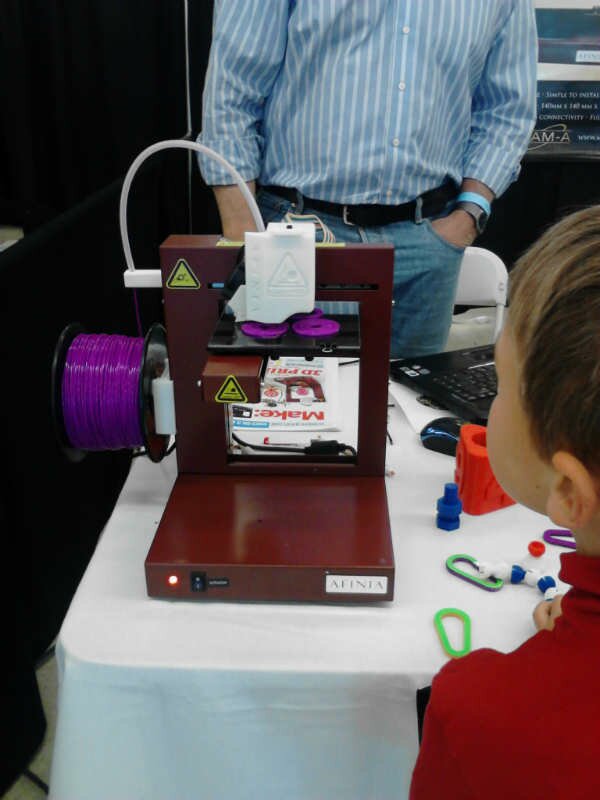 The 3D Printing Store was there too but somehow I never saw them. I did learn that the Loveland Public Library has a 3D printer, as well as the Anythink Brighton Library. It’s always good to hear about 3D printers in libraries. But of course no nerdy gathering is complete without R2D2. 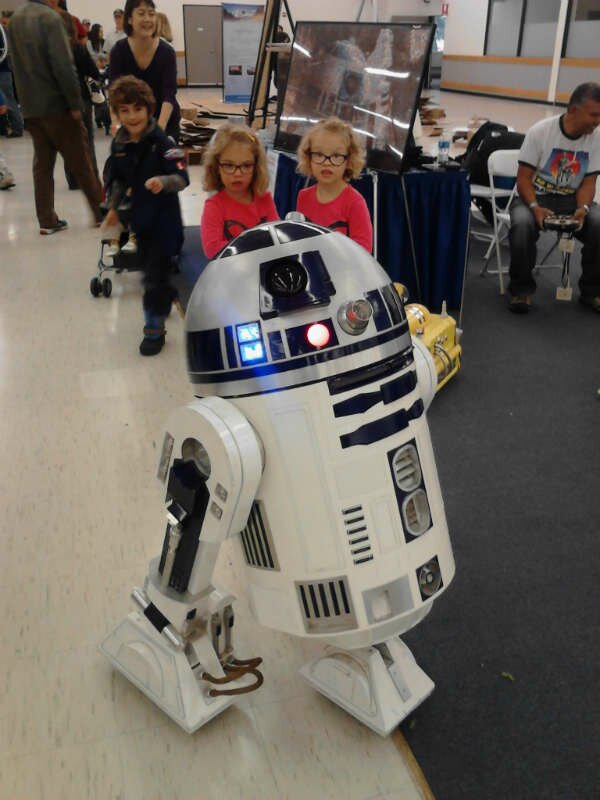