In a few separate articles we’ve examined a couple different technologies that allow nano- and micro-scale 3D printing. Most 3D printers operate with fidelity that’s measured in micrometers (microns), which presents thousands of applications, from prototyping to functional end products. But nanoprinting requires nanometer-level precision, where objects may be only a few micrometers long/wide/high. The range of applications widens as the scale of 3D printing expands, larger or smaller. With large-scale 3D printing, the realm of possibility is fairly obvious: cars, houses, planes, and spaceships will all be printed in the near term.

As 3D printing technologies shrink, however, what all becomes possible is more difficult to fathom; it certainly can’t fit into a single sentence. To offer a glimpse into the future of nanoprinting, I’ve listed below some of the capabilities of a few of the current systems that are already in production and being researched. Click the titles for more details. 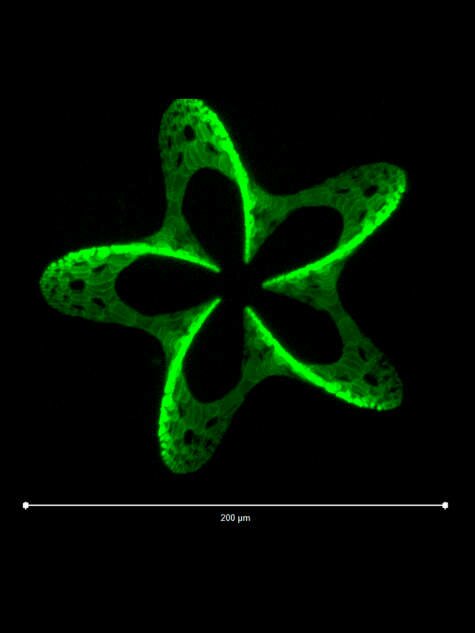 Professor Jürgen Stampfl’s materials science team and Professor Robert Liska’s research group for macromolecular chemistry, both out of Vienna University of Technology, collaborated to develop this method of 3D printing. Starting with a hydrogel scaffold, the team introduces specific molecules into the substrate and then beams a laser where they want the molecules to go; the laser creates a point where a photochemically labile bond is broken, and the molecules attach to the highly reactive intermediates that are created. The resolution potential is dependent on the lens system, but precision of 4 micrometers was obtained by the team.

With the process being chemical-based, it’s ideal for biological applications. “When biological tissue is grown, this method can allow the positioning of chemical signals, telling living cells where to attach.” Additionally, micro sensors can be produced. “In a very small space, molecules can be positioned which attach to specific chemical substances and allow their detection. A microscopic three-dimensional “lab on a chip” becomes possible.” 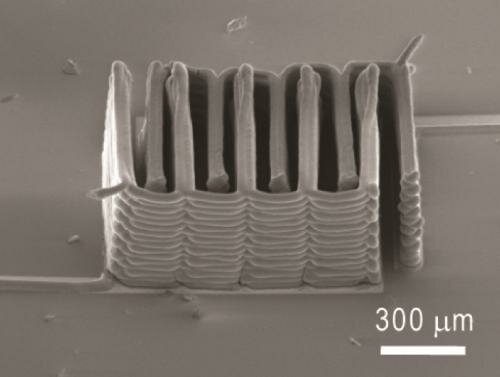 Jennifer Lewis, Ph.D., Hansjörg Wyss Professor of Biologically Inspired Engineering at the Harvard School of Engineering and Applied Sciences (SEAS), and a Core Faculty Member of the Wyss Institute for Biologically Inspired Engineering at Harvard University, led a project at the University of Illinois at Urbana-Champaign to study the viability of 3D printing with various types of inks on the micro scale. Lewis’ team has “designed a broad range of functional inks—inks with useful chemical and electrical properties. And they have used those inks with their custom-built 3D printers to create precise structures with the electronic, optical, mechanical, or biologically relevant properties they want.”

By depositing lithium metal oxides through a 30-micrometer nozzle, the team produced functional lithium-ion batteries the size of a grain of salt. The same technology could be used to fabricate micro circuitry for advanced sensors, computers, and robotics.

Nanoscribe distributes the Photonic Professional GT, a machine that uses a laser polymerization technique called Direct Laser Writing to form 3D objects with dimensions smaller than 50 microns. You may remember this video:

The company has now developed an optional upgrade for their systems that increases the height capabilities. Now objects with theoretically unlimited height can be produced with the same fidelity, like this Eiffel Tower that’s a mere millimeter tall. 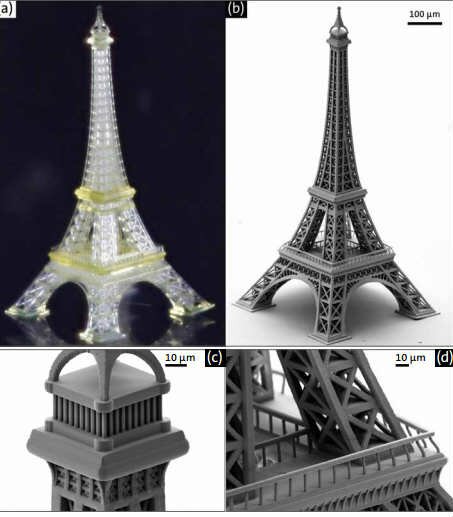 There are numerous applications for such small-scale precision, like photonics, biomimetics, tissue engineering, ultralight and mechanical metamaterials, and much more. This video demonstrates how the technology can be used to make micro-machines for drug delivery:

Chad Mirkin, director of Northwestern University’s International Institute for Nanotechnology in Evanston, Ill, has dedicated research time to developing more affordable nanoprinting technologies. Beam-pen lithography is the third type of pen nanofabrication that Mirkin has developed, and it’s the fastest and (possibly) most affordable yet. The process involves shining an ultraviolet light at an array of thousands of tiny mirrors that direct the light into a field of gold-plated pyramids; the pyramids are each 30 microns wide and 20 microns tall, and their tips open to a 100-nanometer aperture. The pyramids serve as funnels for the light, thus creating thousands of ultra-thin beams that hit a vat of light-sensitive resists. The system is capable of generating up to 5,000 features a second and producing structures as small as 150 nanometers, though refinement of the architecture is expected to get that below 100 nanometers. 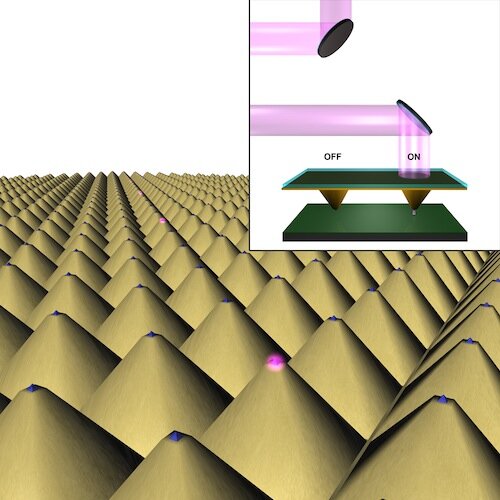 All of these technologies have the potential to enable great advancements in electronics, nanotechnology, medical diagnostics and treatments, and optics. Our transportation, communication, and energy storage will all be affected. With a few more years of research, more radical areas will be explored, such as gene therapies and bionic enhancements.