If you keep track of technological advancement in the broad sense then you know a lot of it is filtered through the military first. This ensures that America’s military is bleeding edge, but it also allows the armed forces a sneak peek into the weaponization of future technologies. With all the news coming from the aerospace industry related to 3D printing I’m surprised it took the United States Air Force this long to throw money at it; even Airbus beat ‘em to the punch. Nevertheless the behemoth 3D Systems was there to catch the $2.95 million to retool their Paramount advanced manufacturing team’s Selective Laser Sintering technology for the production of F-35 components and other weapon systems. 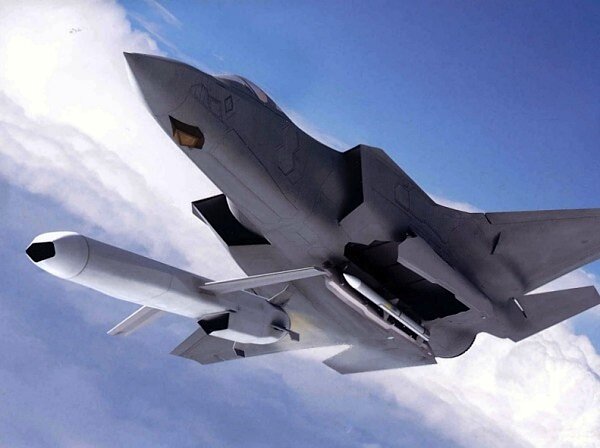 This two-year project was awarded after the big heads at the Air Force Research Laboratory gave it two thumbs up; it’s intended to “improve affordability and sustainability,” though I didn’t know sustainability was ever factored into fighter jets. Costs won’t be the only reduction either; the planes themselves will be lighter as many heavy fasteners and manifolds will be unnecessary in a 3D print. The capabilities of jets currently press far beyond the threshold of maintaining consciousness for even the most resilient pilots, which is around a sustained 9gs. Modern fighter jets can pull significantly more than that and the F-35 has been taken to 9.9gs and Mach 1.61 (over 1,200 mph), so fighter pilot training is more about learning how to deal with human limitations rather than those of the plane. Making them even lighter and streamlined with SLS manufacturing will thrust their maneuverability and overall performance into only greater bounds of blackout inducing numbers. The F-35, more formally known as the Lockheed Martin Lightning II, comes in a few variants and the F-35B is the coolest one according to the scientific consensus that vertical takeoff has the highest cool factor of any jet capability. Vertical takeoff takes mechanics that weigh more than those of conventional takeoff variants, so 3D printing will probably have a major impact there with weight reduction.

Jim Williams, Managing Director of Aerospace and Defense Manufacturing at 3D Systems said “The success of this project will benefit all industries, particularly aerospace and motorsports applications, where high strength to weight, high temperature and electrically conductive thermoplastics are critical factors to the design and manufacturing process.” That’s what I like to hear: benefit all industries. Our military is stronger than any other countries’, and that goes double for the Air Force. Honestly, I’m not concerned with beefing up our fighter jets. They’re already 100% beef. But all other industries, yes, I’m rather concerned with that. Understandably, military funded research is often very productive, so I look forward to seeing how this is shared with the private sector instead of remaining limited to making war machines more devastating.