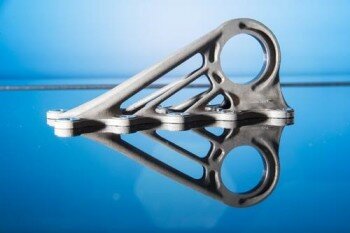 Airbus, the European-based aircraft manufacturer, has announced this week that it will be incorporating more 3D printing technology into their manufacturing processes.

Parts that are 3D printed are lighter, in some cases more than 50 percent lighter than traditionally manufactured parts. They are also strong, and have the potential to be more economical to produce.

“We are on the cusp of a step-change in weight reduction and efficiency – producing aircraft parts which weigh 30 to 55 percent less, while reducing raw material used by 90 percent,” says Peter Sander of Airbus. “This game-changing technology also decreases total energy used in production by up to 90 percent compared to traditional methods.”

Airbus has already used 3D printed components in their A300 models, and plastic and metal brackets in their A350 XWB aircraft.

Beyond the economic value of 3D printing, and the innovation that 3D printing technology allows, Airbus sees 3D printing, or additive manufacturing, as a way to maintain existing aircraft. Since printing replacement parts allows components to be printed to exact specifications, 3D printing could potentially be used to create parts on-demand, increasing turnaround time for aircraft repairs.

“The aircraft of the future will have a ‘bionic’ fuselage, composed of complex parts printed using additive layer manufacturing,” said Sanders. “This dream will come true.”