This article is part of a series on 3D Printing and Intellectual Property Rights. 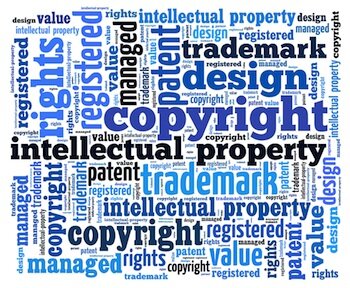 When I proposed this series of articles I noted that most IP pieces dealing with 3D printing tended to focus on copyright although a few talked about patents and trademarks. Before I get into the meat of the various IPRs, let me provide a quick overview of the various IPRs if for no other reason because an IPR holder, with adequate legal and financial resources whose management team understands IPRs and what they can do would, or rather should look at using several types of IPR protection at once (if they can). This is because each type of IPR has its own unique advantages and limitations, and by using multiple IPRs at once the limitations of say copyright (for example with respect to reverse engineering) might be addressed by another type of IPR (e.g. patents).

The IPRs most people are most familiar with are copyright, trademark and patents – and these are very complex IPRs. To make things even more complicated, even though the concepts are similar internationally thanks to international treaties and agreements, the laws of individual countries vary in, among other things, the length of protection, the things you can and cannot protect, terminology, legal concepts and the types of protection offered. In other words, don’t assume the laws and legal concepts that apply in one country apply elsewhere

IP law and lawyers may employ terminology that is different from the language people and in some instances, non-IP lawyers ordinarily use; terms that might seem synonymous may not actually have the same meaning. For instance the word ‘novel’ in patent law has a different meaning from the word ‘original’ in copyright law even though to most people, something that is novel ought to also be original.

The major IPRs are:

Copyright – which protects things like music, film, literature, performances, and broadcasts. As the term implies, problems with copyright start when there is ‘copying’ and to get copyright, the work must be original. For instance, if Jack and Jill each draw pictures of the same bridge, there is NO copyright problem because each of them is drawing their own picture. However if Jack were to copy Jill’s drawing, then a copyright problem may arise. Unlike other IPRs (e.g. trademarks, patents, design rights) copyright rights arise automatically although in some places  (e.g. the US) you need to register your copyright to get maximum legal protection.

Trademarks – which go to protect distinctive identifiers for products or services; think ‘branding’.  What makes trademark complicated is that trademark law can cover things such as 3D shapes (sometimes referred to in the context of ‘trade dress’), sounds, holograms and smells. Sumitomo Rubber, for example, was granted the UK’s first olfactory trademark in 1996 for “a floral fragrance of roses as applied to tyres”.

Patents – which protect inventive activity (i.e. ‘inventions’) and typically last 20 years. In some cases, for example with pharmaceutical inventions, patent terms may be extended.  Outside the United States, there is another type of patent that lasts for less than 20 years and is referred to as a ‘utility model’, ‘petty patent’ or ‘short term patent’.

To get a patent one must have an invention that is novel which in patent-speak means not in the state of the art (more on this later), has some sort of industrial utility or application, has some inventive aspect (this is referred to as ‘inventiveness’, having an ‘inventive step’ or as ‘nonobvious’), and cannot be non-patentable subject matter.

There are other IPRs such as:

Let me address the various rights that I won’t be talking about in later posts.

Geographic-specific indicators probably are not important to 3D printer produced products – as goods made by 3D printing (including 3D printers themselves) can exhibit a uniformity that makes geographic specific manufacturing identifiers (e.g. ‘Made in X”) meaningless because identical 3D printers, using the same files, same software and materials ought to produce identical output. However, geographical indicators may be important with regards to materials used in 3D printing. For instance, were one to produce chocolate with a 3D printer, it may matter where the ingredients came from (e.g. Chocolates with vanilla beans from Madagascar might command a higher price than chocolates with generic vanilla essence.)

I will also discuss trade secrets and the protection of commercially confidential as well as what is referred to as ‘passing off’ in Common Law jurisdictions under IPRs.

Finally, some IP experts include privacy under the umbrella of IP Rights (as, for example, a leading British textbook on IPRs does). There is some logic to this, in America publicity rights evolved from privacy considerations and one’s attempt to protect one’s privacy, is not unlike a corporation trying to protect its trade secrets.

Ronald Yu is director and general counsel for Gilkron Limited. A US Patent Agent, he lectures at the University of Hong Kong on patent law and intellectual property (IP) and information technology (IT) and has written extensively on IP, IT and constitutional law as well as digital forensics. He is a contributor to the upcoming 3rd edition of the book Electronic Evidence by Stephen Mason.
View all posts by Ronald Yu →