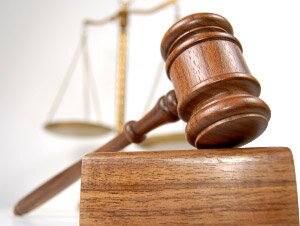 This first in a series of articles by US Patent Agent Ronald Yu regarding legal issues arising with 3D printing.

About a year ago, Peter Hanna wrote a great piece The next Napster? Copyright questions as 3D printing comes of age and despite its title, Hanna covered several other intellectual property laws namely trademark and patents.

Do I agree with him? I agree that 3D printing is potentially fraught with legal dangers and share his underlying concerns but I think that 3D printing has the potential to open a legal can of works far bigger than Napster.

Napster primarily dealt with intellectual property (IP) and within IP, really only copyright law. 3D printing could involve several different types of IP (as Mr. Hanna alluded to in his article) and much more.

To get an idea of how big the potential legal problems might be, consider what you can do (or perhaps will be able to do) with 3D printing and 3D printing technology.

One can already produce spare parts, shoes, toys with 3D printers, body parts, even chocolate . A designer could create a unique set of toys, with his logo using 3D printers while another might make some sculptures featuring an image of a celebrity. A company could set up a 3D printing operation to help architects, engineers and designers produce scale models of their building designs. One could also create software for 3d printing applications such as the one scientists at Carnegie Mellon created a few years back. An inventor could create new type of 3D printing technology, a new type of substance to be used in 3D printing, a new file format to replace STL, or even a new manufacturing process involving 3D printing.

While the political/economic implications of all this are profound (and beyond the scope of this piece) the legal implications are also quite complex. Just the above list alone potentially touches several areas of law – patents, trademarks, copyright, publicity rights, tort, privacy and criminal law.

Production of edible foodstuffs raises potential food safety concerns – what if a chef created some edible hors d’oeuvres on his 3D printer that caused some of his patrons to suffer food poisoning or worse?

Medical applications raise privacy and medical safety issues – what if a body part produced on a 3D printer did not help heal but rather caused further injury to a patient?

A company that set up a 3D printing service may be dealing with sensitive designs and if files are lost or confidential designs are revealed, the firm may have contractual matters (among other things) to deal with. That company would also need to be concerned about its customers using its systems to produce counterfeit goods.

Finally, the potential of (low cost) 3D printing to democratize manufacturing could lead to potential product liability concerns – what if a helmet a person produces on a 3D printer for her friend’s daughter fails to protect her from a fall from a bike?  And what about people who might use 3D printing to produce knock-offs?

Thus, there are a lot of potential legal problems that could hinder the progress of 3D printing. Will certain parties use the law against 3D printing service providers, users or even 3D printing companies? Almost certainly. Would such people be justified in their use of the courts? Maybe, maybe not.

Over the next several weeks I plan to pen a series of article starting with intellectual property, a subject I lecture on in the University of Hong Kong then expand to other areas.  The law in Hong Kong is obviously different from the law in other countries, such as America, but many legal concepts that apply in one country apply elsewhere (although the opposite is also true, that what applies in one place may not apply elsewhere).

The articles are not meant to be legal advice and anyone with a legitimate legal matter should seek advice from a qualified legal professional in his/her jurisdiction.

Ronald Yu is director and general counsel for Gilkron Limited. A US Patent Agent, he lectures at the University of Hong Kong on patent law and intellectual property (IP) and information technology (IT) and has written extensively on IP, IT and constitutional law as well as digital forensics. He is a contributor to the upcoming 3rd edition of the book Electronic Evidence by Stephen Mason. View all posts by Ronald Yu »
« Arduino is Open Source Imagination and Invention
A 3D printer the size of a carton of milk »