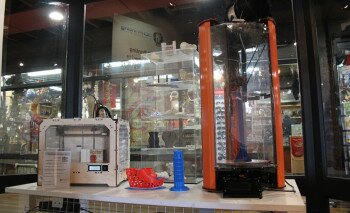 3D printing is making its way around the world, quickly growing in popularity.

The only problem is, those who know about 3D printing, don’t have much use for it, and those who don’t know much about it – don’t have a way to learn about it. However, this is quickly changing as more people become aware of exactly what you can achieve with 3D printing, and as people start to adapt 3D printing as a part of everyday life.

Am Australian man, Stuart Grover, believes that there is tremendous growth potential in 3D printing. Grover is the co-founder of Sydney-based 3D printing store “3D Printing Studios,” and he already has plans for two more stores which are set to launch in Sydney on May 21 and Perth on May 30, but he doesn’t stop there. His company has plans to find franchise partners, with the hope of expanding the storefronts to 30 stores within the next couple of years.

“The plan is for 30 inside the next two years,” Grover told CRN. “I want to get it out to large centres, like Melbourne, Brisbane, Adelaide, Darwin, then also places like Newcastle and Wollongong as well.”

Grover’s business model is to give everyday customers an opportunity to walk in and learn about the 3D printing technology. They also offer training courses, which allow people to have a more hands-on experience while learning about the technology. If all goes as planned, and Grover is successful in opening all 30 shops, it will go a long way towards increasing the popularity of 3D printing in Australia.

By giving people the ability to walk into a store, and watch and learn, you increase awareness and popularity, as well introduce them the benefits of 3D printing. Grover adds that most of his customers come in with little idea of how 3D printing works, and walk out with a better understanding. His shops allow them to turn an idea and a concept into reality. “We help them through that process” he says.