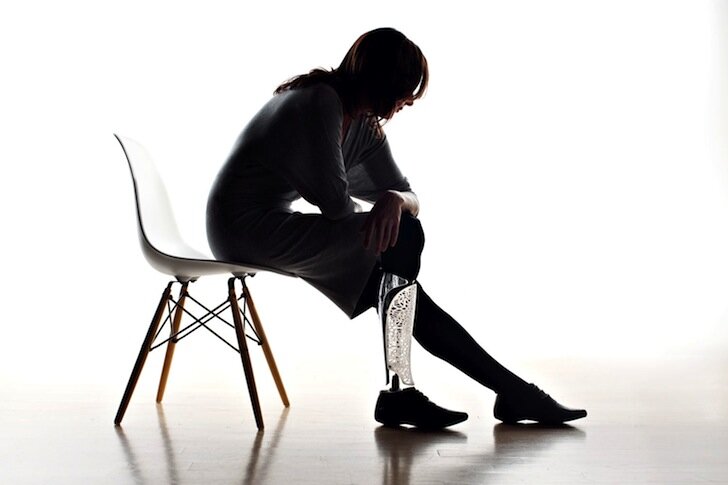 Today Scott Summit, Founder and Chief Technology Officer of Bespoke Innovations, delivered the keynote address at the Additive Manufacturing Forum sponsored by the California Network for Manufacturing Innovation. Held at Lawrence Livermore National Lab in Livermore, CA, Mr. Summit talked about his own products but also gave some insights into what’s coming in the future of additive manufacturing.

Bespoke Innovations is best known for creating cool, attractive, artsy 3D Printed leg prosthesis. But actually the company makes coverings for prosthetic devices and Mr. Summit explained much of the reason the products have been such a success. “We address the psychological aspects of wearing a prosthetic limb. When we were preparing one of our clients for a photo shoot, we discovered he had no shorts. He always had worn long pants because he was so uncomfortable with the reactions to his artificial leg. So we had to cut his pant leg to show off our design”

With legs that don’t look like an industrial experiment, clients find that people stop thinking of you as an amputee. For one client, Bespoke included the tattoo that was on the lost leg. He described Deborah an amputee who now buys clothes to match whichever Bespoke covering she’s wearing. She sees her new leg as a cool fashion accessory. Also, because the 3D Printed device has the shape and contour of a real leg, trousers drape naturally and can fit more easily into boots.

Mr. Summit also talked about the benefits of the 3D Printing process. “We 3D Scan the client’s leg so that the new artificial leg matches. And amazingly, the brain remembers the original morphology and that helps with mobility. So our client Chad who is an avid soccer player, can run and move more easily now with the Bespoke device.” In the future, he says, prosthesis will be “treated more like eyewear, sold as fashion statement, than as a medical requirement.” 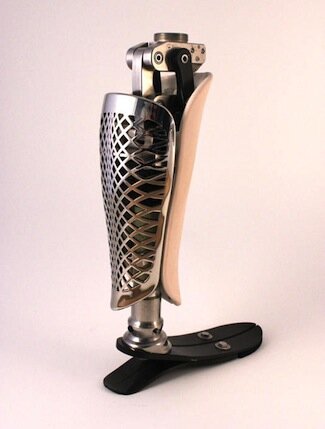 Like many people in 3D Printing and digital fabrication, Mr. Summit wants to expand the availability of technologies to the mainstream market. He says, “Innovation comes from garages where creative people with drive and ideas have discretionary time…the more we give tools to those people, the more innovation we have.

For the next generation of kids, instead of giving them video games, what about giving kids a 3D Printer? Then engineering and design is something where you have fun, rather than something you do in school. We can offer kids something more compelling or more exciting. And it is that ability to make a real thing that will compete with video games!”

“Fast Forward 20 years…the kid is now in college and has had an entire childhood of exploration. Here’s what it boils down to: when you have a generation that has ideas, and the tools to embody those ideas, that’s where the real change happens.”

When asked what he thinks about 3D printing clothes, Mr. Summit replied: “3D Scanning is no longer exotic – I scan all day from phone apps that are free. In the future, we’ll try on clothes through 3D scans. But I have not seen anything yet I’d like to wear as much as cotton or wool. These 3D Printed fabrics are valuable for special things such as mesh being used in medical applications.”

Mr. Summit’s answer to another question on the topic of bio-printing echoed what we hear from the 3D Printing engineers working in the trenches. “In Bio printing – there’s lots of work going on – it’s a hot topic and it’s already happening with collagen scaffolding but organs, etc.? It’s hard to predict a timeline.”

In the meantime, amputees can take advantage of the Bespoke products today and start feeling more a part of the world around them.