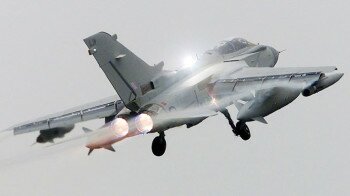 The parts were created by defense company BAE systems, at a Royal Air Force base in Norfolk. According to BAE Systems, the 3D printed metal components were used on board Tornado fighter jets that made their successful test flights out of the defense firm’s airfield at Warton, Lancashire last month.

Investing in 3D technology could prove to be a successful way for the Royal Air Force to cut costs, according to BAE systems. BBC News reports that using 3D technology to produce parts could cut the RAF’s maintenance and service expenses by over £1.2 million ($1.96million) over the next four years. 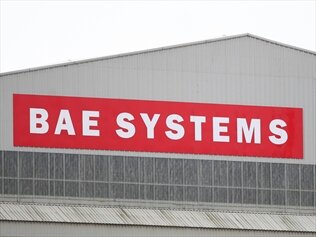 According to Mike Murray, head of Airframe Integration at BAE Systems, 3D printing reduces manufacturing costs and improves manufacturing support. “You are suddenly not fixed in terms of where you have to manufacture these things,” said Murray. “You can manufacture the products at whatever base you want, providing you can get a machine there, which means you can also start to support other platforms such as ships and aircraft carriers.”

“And if it’s feasible to get machines out on the front line, it also gives improved capability where we wouldn’t traditionally have any manufacturing support,” Murray continued.

3D printed parts that were used on the Tornado fighter jets include protective covers for cockpit radios, protective guards for the landing gear, and support struts for air intake doors. Some of these parts cost less that £100 ($163) to produce.