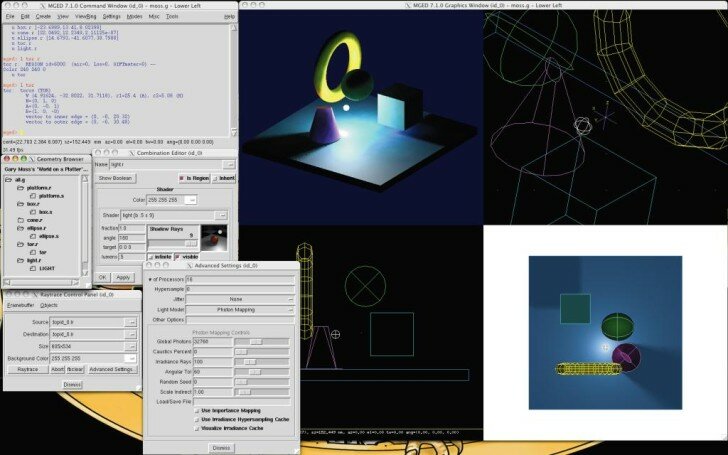 BRL-CAD is a Constructive Solid Geometry-based 3D modeling software that puts a special emphasis on accuracy. While a non-intimidating user interface makes BRL-CAD accessible to all types of users, its advanced geometric configuration allows for modeling through the use of specific coordinates, offering the highest level of precision.

While lacking the option of modeling shapes organically, the cross-platform software features solid geometry editing, ray tracing support, and the ability to edit using geometric analysis. Used by U.S. military to monitor weapon systems, and for academic and industrial applications, the high performance of this modeling software is evident in its versatility. Specific modeling features include a large library of geometric representations that offer both traditional and complex shapes in addition to the ability to combine shapes into a single object. The realistic quality of objects are enhanced by signal processing tools and path-tracing photon mapping support.

Outside of accuracy, ease of use and lightning-fast speeds are both features of BRL-CAD that make it popular amongst its users. Complex features of this software might make initial start up difficult for beginners, but a simple-to-use interface eases the learning curve and offers even the most novice users impressive final results. Its ability to perform on multiple platforms and its availability in source or binary code form makes it easy to use on more than one computer. 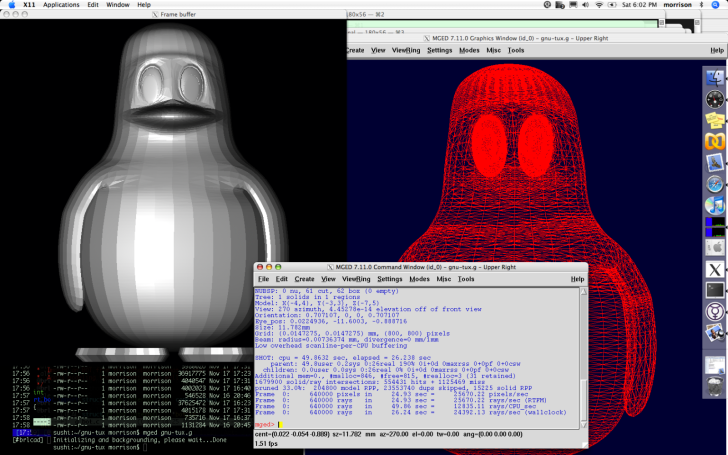