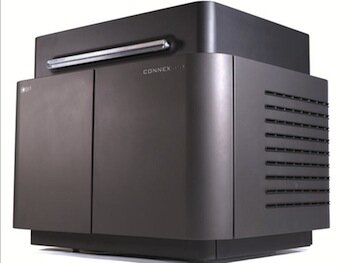 Last Thursday, Objet Ltd, one of the leading 3D printer companies, filed with U.S. regulators for an initial public offering of Class A common stock. In a filing with the Securities and Exchange Commission, the company said J.P.Morgan, Goldman Sachs & Co and Needham & Co would be underwriting its offering.

The the IPO is expected to raise in the neighborhood of $75 – 100 million, valuing the company at $500 million, and is anticipated for a late April or early May offering.

As an owner of 3D Systems (DDD) and Stratsys (SSYS) shares, I was excited with the thought of being able to also invest in Objet as well. But alas, there is rumor that the IPO may never see the light of day. According to the rumor in YNET.com and other reports I’ve seen, Objet could be holding acquisition talks with “a large electronics corporation” and that one of the interested companies may be HP, with which Objet “works in close collaboration.” The purchase price is in the area of a half billion dollars, and I’ve read elsewhere could be as high as $800 million. This compares to the valuations of 3D Systems and Stratasys of roughly $1.2 billion and $800 million, respectively.

Either way, news of yet another 3D printer company IPO or acquisition will generate buzz, and help more investors to understand just what 3D printing is, and what a “real” market sector this is. It amazes me that when I talk to other investors, and other generally bright people, how very few have even heard of 3D printers. And if they have, they think of personal and hobbyist printers. By the time the investing world really understands the world-changing significance of this technology and of these companies, their valuations will be much higher. Those who understand and are able to invest in 3D printer stocks now could do very well indeed. (I”m not offering stock investing advice; do your own due diligence.)

Here’s a video that Objet has on their Company Overview page, if you are unfamiliar with their products:

Mark is the founder of 3DPrinter.net. He encourages anyone reading this to submit their own article for publication. Connect with him on his Google+ account. View all posts by Mark Fleming »
« Organovo: the Bioprinting Pioneer to Watch
Precision 3D scanner 18x cheaper than competition »

4 Responses to “Could someone buy 3D printer company Objet prior to its IPO?”